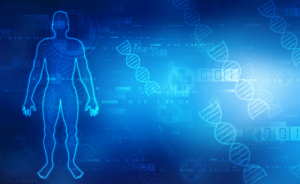 From the October 2018 issue of HealthCare Business News magazine
Aaron Babier, a Ph.D. candidate at University of Toronto, and his team have developed a new method for AI to optimize radiation therapy plans. While AI has been used for optimization previously, Babier is taking a new approach.

The inspiration struck nearly two years ago. Babier said there was an optimization method that provided an output a clinician could use in their current treatment planning pipeline. “We knew that we could get those parameters if we had dose volume histogram curves, which are basically high-level representations of a treatment plan,” he said. “We did a bit more digging in the literature and found there were a lot of methods that would predict these high-level treatment plan features.”

After the team modified the features, they were able to get predictions for the target as well as the healthy tissues. Combining that information with their optimization method allowed for the creation of an optimization pipeline. “So the things we developed were based on the bag and query method and this generalized PCA (principal components analysis) approach, which was based on previous work,” Babier explained.

Babier was inspired to get into the field of cancer treatment after his stepmother passed away from cancer when he was 12. His interest in optimization and machine learning developed later, but ultimately led him to the idea of automated treatment planning.

Studying the field of automated planning, Babier realized that many of the current automated pipelines overhaul current planning paradigms. He realized there was an opportunity for a new method to be adopted if a higher level of control could be given back to clinicians since, he said, the current programs don’t allow clinicians to change the plans in an intuitive manner. “Our program can almost work like a black box behind the scenes of the current planning method and it can basically be a plug-in to a framework that clinicians are familiar with,” he said.

Essentially, Babier’s method isn’t looking to reinvent the wheel. Instead, it’s looking to add some rubber to the treads to help clinicians get more control of their plans in a way that provides support, but isn’t overbearing.

The team focused on throat cancer for their research because, as Babier explained, they wanted to study a cancer treatment plan that would be relatively complex, while having a heterogeneous patient population – or a cohort which looked very different from each other. The complexity comes in part from healthy tissue often overlapping the target area, “so it’s not as intuitive on how you should be planning for certain cases. We wanted to pick a site where the patients are very different so we could use the machine learning to predict the trade-off the clinician would normally make before the clinician looked at the plan. We chose head and neck because the trade-offs are quite variable between the patients,” Babier said.
1(current)
2