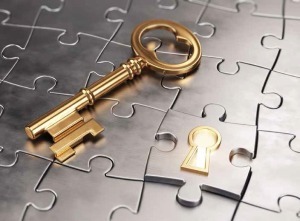 The term “theranostics” reigns among medicine´s hottest buzz words, being almost as popular as “artificial intelligence” and “immunoncology”. According to PubMed, the term was introduced in an abstract in 2002. Today more than 3800 hits are reported for “theranostic” or “theragnostic”. In short, theranostics is defined as “diagnostic testing employed for selecting targeted therapy.”

Interestingly, Nuclear Medicine has long applied the theranostic concept by using radioactive iodine for diagnostic imaging and therapy of thyroid cancer. In 1943 Seidlin, et al. used a Geiger counter to localize sites of metastases under 131I treatment. Whereas radioactive iodine-based theranostics are established worldwide, it took more than 70 years to successfully translate a new generation of theranostics into the clinic. Similar to radioiodine treatment, Lutathera and other theranostic probes are highly efficacious, with few serious adverse events. It was only earlier this year that Lutathera, a 177Lu-labelled somatostatin receptor agonist, was approved for clinical use in patients with rare neuroendocrine tumors (NET) by the FDA and a bit earlier by the EMA. The medical and economic excitement associated with the introduction of Lutathera represents just a small glimpse of what can be expected when new theranostic pairs are made available to diagnose and treat more prevalent malignancies such as prostate, breast, lung and/or pancreatic cancer. For prostate cancer the target of interest is the prostate specific membrane antigen (PSMA). PSMA is over-expressed by the majority of prostate cancers and was also described to have prognostic value. The introduction of specific PSMA ligands conjugable with diagnostic (68Ga-, 18F-) or therapeutic (177Lu-, 90Y-, 225Ac-) radionuclides resulted in an overwhelming demand by referring physicians and patients (Figure 1) .

Recent developments have triggered a lot of industry interest in theranostics. The acquisition of Advanced Accelerator Applications by Big Pharma (Novartis) for $3.9 billion USD, the recent surge of the Endocyte Inc. stock after licensing a theranostic to be applied to prostate cancer, as well as the reimbursement level of around $47,500 USD per dose of Lutathera highlight the emerging economic relevance of theranostics and therefore nuclear medicine. However, opportunities are associated with challenges such as setting up the required infrastructure, training the healthcare professionals, establishing the appropriate position of a new therapeutic within established treatment algorithms and many more. There are approximately 40 dedicated theranostic centers in Germany supplying a population of 80 million citizens. Translating this number to a population of 320 million in the U.S. suggests a need of around 160 theranostic centers. Few early adopters, such as UCLA, UCSF and MSKCC, among others, are currently setting up dedicated theranostic centers in the U.S. Others are hesitant due to unknown regulatory (FDA approval) and reimbursement status, which renders development of solid business plans difficult. In addition, only few in the U.S. have been appropriately trained in theranostics. There is, therefore, an unmet need to train a wide spectrum of healthcare professionals, including nurses, technologists, physicists, radiation safety officers, and medical doctors. At the same time this also provides an opportunity to attract young, motivated people, including specialists from other fields, such as medical oncology, gastroenterology, endocrinology, and urology to nuclear medicine.
1(current)
2