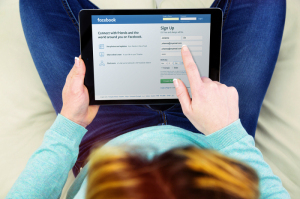 That’s what fellows from the University of Southern California are saying in two new studies which rank the social media giant as a “viable” medium for the set-up of competent CCUS training.

“We believe that Facebook is a viable method for implementing a CCUS curriculum," Dr. Shiqian Li, lead researcher of the study, said in a statement. "The fact that most of the fellows stated that the content was useful and had enhanced their education and some of the fellows stated that it motivated them to learn more further shows that Facebook and social media may be a beneficial adjunct for different types of learners."

Voluntarily enrolling themselves in the study, fellows from the university’s pulmonary and critical care department completed a series of pre-knowledge and skill assessments found in a typical CCUS curriculum, before taking part in a two-day, hands-on boot camp.

Following the completion of the boot camp, each participant was invited to join a private CCUS Facebook group that provided lessons around 41 core skills, divided into five systems and delivered over 20 weeks. Lessons were offered in the form of posts, which consisted of quizzes, cases, images, movies and management-type questions, as well as links to web pages and articles.

Researchers then evaluated analytics for traffic, number of views and usage over time on the platform, finding that 47.6 percent of fellows participated in the Facebook group, including three first-years (30 percent), four second-years (40 percent) and two-third years (20 percent).

Ninety percent of fellows described the experience as positive in the post intervention survey, with 44 percent saying they would participate in a Facebook education group again. Fifty-six percent said taking part in the group enhanced their CCUS education while 44 percent claimed it motivated them to learn more.

Utilization of the social media giant as a resource has grown among many practices and enterprises within the medical imaging community. NYU School of Medicine recently teamed up with the platform in a research project that aims to make MR scans 10 times faster using AI.

Findings of both will be discussed at CHEST Annual Meeting 2018 in San Antonio on Monday, Oct. 8 at the Henry B. Gonzalez Convention Centre.

Study abstracts are available in the online journal, CHEST.