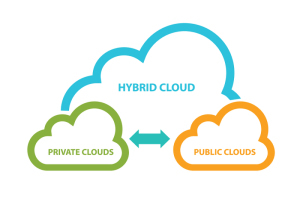 On the heels of the planned buy of Red Hat a report has surfaced that IBM may be seeking to move its Watson Health cognitive services to the on site-cloud hybrid combination.

Linux from Red Hat is popular with those running on-site hardware.

“It has become apparent to us that the right answer for healthcare, like so many other industries, is a hybrid cloud because some institutions want their data on [premise] and yet they want to be able to hook to other data sets, public clouds and do big time AI and analytics on the public side,” IBM Watson Health division chief John Kelly has told Computerworld.

Kelly, whose comments come just days after he took over leadership of the division, added that, “now, we have two separate and distinct things.”

He told Computerworld that the reason behind the thinking is that, “we have a lot of the data that we acquired that sits in on- [premise] servers, storage and data centers. And then we have a separate public cloud where a lot of our clients put their data, do analytics. Up until now those two things have not talked to each other."

The move makes additional sense of the Red Hat deal, as many IBM customers use Red Hat Linux on premise to run their local servers and clouds.

No date for the new hybrid cloud option has been set at present, according to Computerworld.

“John Kelly will continue leading Watson Health as we continue to grow and scale this successful business,” a spokesman told the publication at the time.

Watson has been hit with negative publicity of late and the leadership move has come at a time of some growing unease about the division's performance both clinical and business.

But after a number of such negative stories about the progress of IBM's AI efforts – notably including one in Stat News and another in the August 11 Wall Street Journal – Kelly pushed back.

“We at IBM have a lot to be proud of, including our pioneering work with Watson Health,” he wrote in his August 11 blog post. “Unfortunately, some media reports, including an August 11 story published by The Wall Street Journal, distort and ignore facts when suggesting IBM has not made 'enough' progress on bringing the benefits of AI to healthcare.”

The Stat piece had uncovered internal company documents said to show “multiple examples” of treatment recommendations that were wrong or unsafe.

The Wall Street Journal piece noted that "more than a dozen IBM partners and clients have halted or shrunk Watson’s oncology-related projects."

Kelly acknowledged that the company had made “a big bet” on healthcare – including Watson for Oncology, Watson for Clinical Trial Matching, and Watson for Genomics – and that although there have been some dropouts, in total, the systems are in 230 hospitals and health organizations worldwide. They've also doubled the number of patients reached to 84,000 in the first half of 2018.