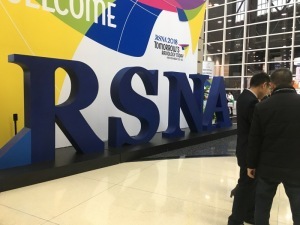 Singular Medical Technologies showed off a solution at this year’s RSNA annual meeting that allows radiologists to read exams from multiple hospitals and PACS on one workstation and with a single work list.

The company’s RADSOFT Unify software was designed for small radiology groups that need to work with PACS from multiple facilities, said Felix Garcia, the chief executive officer of Singular Medical Technologies. An HL7 interface and back end database access are not needed and the radiologists use the hospital’s PACS and dictation systems by logging in via a virtual private network (VPN).

The idea is to avoid radiologists needing to have a specific workstation for each location, Garcia said.

“The first time I saw that, I didn’t know whether to laugh or cry,” Garcia told HCB News during a look at the product at the show. “In this day and age when my child can connect to a player in China and play with them over their phone, I said there had to be an easier way.”

“This gives us an enormous amount of data,” Garcia said. “We take that data, combine it all together from all four, five, six PACS, and then we generate our own work list. Within that data, we can filter it myriad ways: by specialty, location, doctor, PACS system. It gives the doctor full access to every patient in their region.”

Hospitals also have their own PACS viewers and dictation platforms, so the system can access those and pull them into one workstation, and also access the dictation system for only the PACS that’s in use at the time.

Garcia said there are similar solutions out there, but they are more complicated to install. The RADSOFT Unify can be set up in three to six months, according to Garcia.

The software is currently being used in beta form in several locations and Garcia said the response has been positive. The company hopes to deploy it in the coming months.

The company is currently developing a way to log in to the system via facial recognition as well as with key card access, and is using AI to make the list smarter, by doing such things as disabling “cherry picking” of cases, Garcia said.