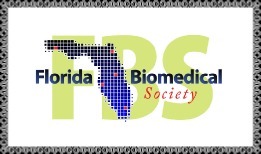 Bill Hascup, the immediate past president, was the coordinator of the show. He really is a charming guy and has that skill of making everyone feel important. He seemed to have thought of everything and even the weather cooperated, because I would hate to think what would have happen if there was rain on the carving board during the Friday night reception.

I saw Fred McMurtrie who was his usual charming self and I even met his wife Andrea Moe, who is also a biomed tech.

There were almost 700 attendees at this show, with over 100 exhibitors and lots of engagement.

John Alvenus, the current President, gave the President's award to Henry Hummel, President of TriMedx. The award was given to TriMedx for its participation and partnership with FBS. 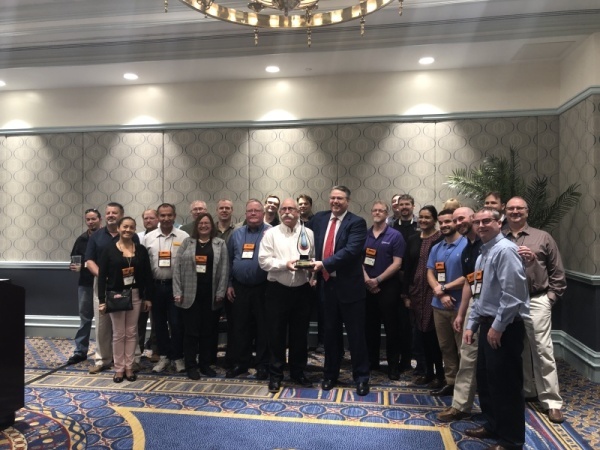 No FBS event would be complete without running into Jim Bowles and sure enough I did. As a long time TriMedx employee, Jim was excited to tell me about the Aramark acquisition and told me what a pleasant and down to earth fellow Henry Hummel is. The photograph shows all of the TriMedx employees that attended the FBS and Henry and Jim are holding the award.

HealthCare Business News and DOTmed have supported the event over the years and we expect to continue to do so.

So to John, Bill, Fred, Jim and all the other FBS members, congratulations on another well done event.