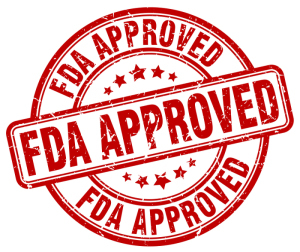 The system is designed to sharply guide the position of proton beams during treatments, which are set to begin at the Michigan facility this month.

"We look forward toward patient treatment using our software for positioning now that the FDA concluded that our X-ray positioning system has met the requirements needed for 510(k),” Michael Teicher, founder and CEO of EhmetDx, said in a statement.

The FDA’s greenlight is more than just an approval for use of the solution but a time-saver for EhmetDx, allowing it to focus more on the commercialization of its Mammoknife, the first self-shielded, linac-based breast cancer radiotherapy device.

The system is expected to raise the standard of treatment for women and bring care to a broader range of patients based on its ability to be housed in any treatment center or medical office without the need for additional and expensive shielding or bunkers.

"The MammoKnife has the advantage of applying the best in current radiotherapy solutions in a reconfigured enclosure that eliminates the need for a traditional vault, and has the potential to dramatically spare surrounding healthy tissue from unwanted radiation," Alan Sliski, the inventor of the Mammoknife, said in a statement at the time.

The exclusive rights for the solution were acquired in the fall of 2017 by EhmetDx.

The McLaren Proton Therapy is located in Flint and will be the second facility of its kind in Michigan, after Beaumont Proton Therapy Center in Royal Oak.