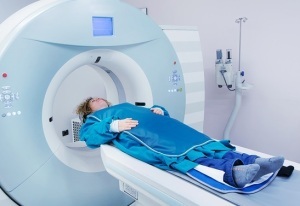 In healthcare today, is it possible that shielding patients with a lead apron during radiological exams is a hold-over practice that may ultimately do more harm than good?

This is the view put forth by two physicists at the University of Colorado School of Medicine in a paper due to be published in April in the American Journal of Roentgenology.

The paper emerged from conversations between medical physicists and technologists and the divergent views about patient shielding.

“When asked about the use of patient shielding, every medical physicist we spoke with had a similar response: 'Patient shielding provides no benefit to the patient, other than a psychological one. But we keep doing it because that’s how it’s been done for decades, regardless of the potential risk. And good luck changing that',” Dr. Rebecca Milman Marsh, coauthor and associate professor and imaging medical physicist, told HCB News.

“When the same question was posed to technologists, the general response was along the lines of, 'It would be crazy not to shield! We have to shield to protect our patients'," she said.

Marsh and coauthor Mike Silosky, assistant professor and imaging and nuclear medical physicist, stressed that the same concern motivates both physicists and technologists: to provide the best patient care.

“Ultimately, we were seeking to forge a connection between these groups – at times we failed spectacularly, as demonstrated by some of the very early discussions referenced in the article,” said Marsh. “What we’re trying to do is consider the practice of shielding patients in the framework of current technology and knowledge.”

Much has changed in the past 70 years, and modern clinical practice should reflect such changes, according to the authors. In fact, they argue that shielding can actually introduce risks to the patient.

For example, automatic dose algorithms, which optimize quality by adjusting radiation output, can be intensified by a lead shield. In other words, to overcome the “attenuating material” in the shield, the X-ray system may increase dose over recommended levels and degrade the image. The paper also notes that: “…the practice of shielding patients is largely supported by a skewed perception of radiation risk … for which misinformation is rampant.”

“The medical physics community has been overwhelmingly supportive of our conclusions,” said Marsh. “Other health care professionals have been more split, with some more supportive than others. When we talk to skeptics, we often find their responses to be very emotionally charged.”

The two do not expect their paper to be the end of the shielding controversy, which they termed a “legacy” practice in the paper. However, they believe the dialogue around the issue should be open and respectful.

“We want to remind everyone that … our recommendation to change a historical practice is driven by changes in technology and the current scientific knowledge, not due to a dismissal of patient health concerns,” said Marsh.