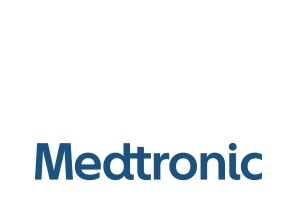 The move is expected to extend the reach of Medtronic’s cardiac ablation portfolio as a set of tools for treating cardiac arrhythmias, including atrial fibrillation, with the addition of the Diamond Temp ablation system.

"The EPIX Therapeutics acquisition will expand the Medtronic cardiac ablation portfolio to offer physicians a comprehensive suite of tools to treat cardiac arrhythmias," Rebecca Seidel, vice president and general manager of the Atrial Fibrillation Solutions division, which is part of the Cardiac and Vascular Group at Medtronic, told HCB News. "The acquisition of EPIX reinforces the Medtronic AF Solutions strategy of leading the market in cardiac ablation and noninvasive mapping solutions for arrhythmia management."

A unique closed-loop solution, the DiamondTemp system provides real-time temperature control as it applies radiofrequency energy to create scar tissue in the heart, while providing physicians feedback and control during ablation procedures. This minimizes the time of operations and instills greater confidence in lesion quality.

Having gained CE marking in 2017, the system is currently under investigational use in the U.S. in the DIAMOND-AF trial which just completed enrollment in October. The trial supports clearance of the solution for use on patients with symptomatic paroxysmal AF, while a second, the DIAMOND-AF II, is assessing its use in patients with persistent AF.

"Medtronic is a world leader in the diagnosis, management of atrial fibrillation (AF) and the treatment of paroxysmal AF. Medtronic has transformed the cardiac ablation space with the launch of cryoablation and has a proven track record of launching novel technology in the electrophysiology space," said Seidel. "In addition, the EPIX DiamondTemp ablation system complements the existing Medtronic portfolio to offer physicians a comprehensive suite of tools to treat AF."

The acquisition is subject to certain customary closing conditions and is expected to close in the fourth fiscal quarter for Medtronic, between Jan. 26 and April 26, 2019.

EPIX is currently pre-revenue. Medtronic plans to offset any dilution caused by the deal to its near-term adjusted earnings per share, and expects the transaction to help it meet its long-term financial metrics for acquisitions.

Financial details were not disclosed.