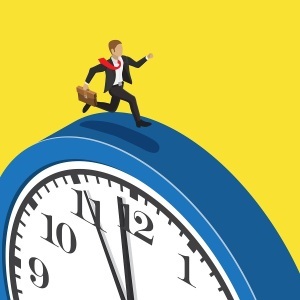 An editorial by Robert J. Kerwin

MITA recently released a white paper entitled "Considerations for Remanufacturing of Medical Imaging Devices". No doubt, its release is in anticipation of the FDA deadline this month for providing comments pertaining to the guidance FDA is preparing on the definitions of remanufacturing and servicing. It is well written and offers additional confirmation (if we were in doubt) of MITA’s position that there is “a lack of consistent regulation and discretionary oversight of the medical device servicing industry”.

MITA’s conclusion as to a lack of consistent regulation and discretionary oversight is a conclusion with which I agree, but for very different reasons and attributions. Each month I hear about instances where a manufacturer, with apparent impunity, withholds adequate instructions, service keys and information important to calibration. Since most diagnostic imaging manufacturers have extensive multi-vendor programs, "what goes around comes around", as the manufacturer may experience another manufacturer’s withholding of adequate information.

The white paper concludes with a proposed solution concerning the adoption of quality management systems which is sufficiently robust and adequately scaled to “ensure that servicing and remanufacturing activities are properly performed, documented and regulated”. Since a number of IAMERS members have voluntarily obtained ISO 13485 or 9001 certification, this is also a general premise upon which I am loathe to disagree. However, as they say, its all in the details.

Reading further in the MITA white paper, it brings to mind one of my favorite movies, "Groundhog Day". You may recall this 1993 comedy fantasy film starring Bill Murray as Phil Connors, a TV weatherman who, during an assignment covering the annual Groundhog Day event is caught in a time loop and forced to repeatedly relive the same day celebrating Punxsutawney Phil as a predictor of a long winter.

It just seems that we are back in 2015, when MITA was presenting to the FDA on "Observations on Lack of Uniform Performance". MITA notes a lack of uniform regulatory oversight of all servicing providers. A similar argument was advanced when a MITA representative testified before Congress on pending legislation.
1(current)
2