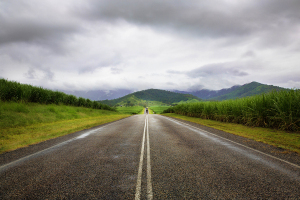 From the March 2019 issue of HealthCare Business News magazine

By Christian McEvoy and Robert Ricca

Healthcare delivery in the United States has increasingly focused on outcomes and quality to ensure patients are receiving appropriate care with minimal morbidity and mortality.

Improved surgical outcomes at specialized centers that have a higher volume of patients have been demonstrated in several studies when compared with patients who are treated at low-volume centers. Certain procedures have been shown to have better outcomes when treated by pediatric subspecialty-trained surgeons with lower complication rates and shorter hospital lengths-of-stay. Ensuring equal access to care is fundamental to delivery of quality healthcare and plays a role in limiting disparity in healthcare amongst socioeconomic, ethnic and racial demographics.

Distance may limit access to these centers for the patients and their families, especially in more rural areas of the country. A theoretical analysis of regionalized care was performed by Chang and Klitzner, who evaluated pediatric cardiac surgery in California. Their analysis suggested a reduction in mortality from 5.34 percent to 4.08 percent when all cases were performed at a high-volume center, while only increasing travel distance of the patients by 12.7 miles. A balance must be struck that allows for equal access to subspecialty care while recognizing the socioeconomic demands that may be placed upon patients who have a longer distance to travel, have to take more time off from work and have increased travel costs.

In an effort to better evaluate the potential distance to travel faced by pediatric patients requiring pediatric surgical care, we utilized the United States Decennial Census that accounts for all children and adults living in the United States. The granular data obtained by the census includes geographic location of those enumerated, including all citizens, non-citizens, registered immigrant residents and non-citizen illegal residents. Location of pediatric surgeons was determined by using the American Pediatric Surgical Association (APSA) database. The 2010 database was obtained to ensure correlation between the census and the number of practicing physicians. Longitude and latitude coordinates were then determined for both the pediatric surgeons and census block. A Euclidean distance formula was then used to define straight distances between coordinates.

Seven hundred sixteen pediatric surgeons were identified as practicing within the Continental United States. The 2010 census enumerated 73,690,271 children living within the Continental United States. Our results showed that more than 10 million children lived greater than 60 miles from the closest pediatric surgeon in 2010. These results were similar to previously published results. Racial and ethnic disparity in distance to care was also identified. Of white, non-Hispanic children, 30.1 percent lived greater than 40 miles from care. Of Native American children, 40.5 percent lived more than 60 miles from care. Our results were also able to identify potential gaps in coverage at the state level when looking at pediatric surgical care. In 2010, we estimated there were 102,000 children for every pediatric surgeon. Using this standardized ratio, we found 28 states had fewer than the expected number of pediatric surgeons, with 7 states having fewer than half the expected number of surgeons. Nineteen states and the District of Columbia had a greater than expected number of surgeons, with 4 states having twice the number of expected surgeons.
1(current)
2