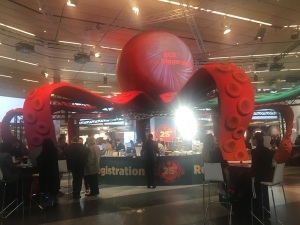 Though of high interest, a new survey by the European Society of Radiology research committee says data sharing from imaging trials is low.

Presented at the 2019 European Congress of Radiology in Vienna, the survey attributed the lack of communication of data to a number of barriers that included data protection, ethical issues and lack of access to a data sharing platform, among others.

“Radiologists have been performing a considerable number of imaging trials,” said Maria Bosserdt of the Institut für Radiologie and lead author of the survey when presenting it. “The resulting publication of our trials has good enrollment of radiologists but only 34 percent of institutions have shared trial data already, even though 98 percent are interested in sharing data.”

Though common in life sciences, data sharing is low in clinical medicine, including medical imaging and radiology, due to their reliance on large data sets, which are difficult to curate, share and reanalyze.

The survey was issued to respondents consisting of 460 European heads of imaging departments, and speakers who participated in the Clinical Trials in Radiology sessions at the European Congress of Radiology events between 2015 and 2018.

Of these, 132 (29 percent) responses came from institutions across 29 countries that reported having conducted 429 trials, which led to 332 publications. Forty-three percent claimed first authorships while 44 percent took last.

While ninety-eight percent expressed an interest in sharing data in future trials, only 34 percent confirmed they had or were doing so now. Of those that have not, 78 percent attributed failure to do so to concerns around data protection, while 49 percent cited ethical issues and another 49 percent named lack of a data sharing platform as their reasons for not sharing findings.

The establishment of such a platform is believed to be necessary for facilitating data sharing, according to 89 percent, of which 74 percent said it should also make the uploading of information easier. Other functions desired for the device included data safety by 66 percent; simple communication between providers and reusers by 62 percent; and data access policies by 56 percent.

“Maybe this is our future,” said Bosserdt. “To create a platform to work together and share data.”

The presentation also highlighted the number of randomized trials performed among different areas of imaging, with fields such as oncology, cardiac and interventional topping the list with the most, compared to emergency, hybrid/molecular and ultrasound, which had the least.

“It should be used more,” said Dr. Rebecca Smith-Bindman, a professor of radiology at UCSF School of Medicine, in regard to the low number of trials for ultrasound. “It should be tested more because it’s more common. It’s just not as exciting.”