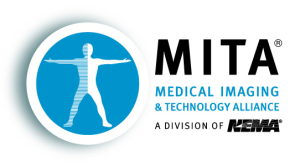 Called NEMA/MITA 2 – Requirements for Servicing of Medical Imaging Equipment, the free-to-download guideline is the first dedicated solely to the servicing of medical imaging equipment.

“Until now, there have not been any QMS Standards developed specifically for servicing of medical imaging devices,” MITA's executive director Patrick Hope and director of policy Peter Weems told HCB News. “MITA saw this as a critical gap that needed to be filled in order to protect patient safety and device integrity.”

The publication of this standard comes as the medical equipment industry awaits FDA guidance for what differentiates servicing from remanufacturing of medical devices.

The decision by the agency to develop the guidance stems from the completion of a two-year investigation last May, which found insufficient evidence that third-party equipment servicers are a public health concern. In that report, the FDA stated that it 'found no evidence that additional formal regulatory action is warranted, based on available information and findings'.

Adoption of the new QMS standard, according to MITA, will enable stakeholders to ensure that their servicing activities do not cross into remanufacturing. The imaging OEM group observed that while remanufacturing is regulated by the FDA, the agency does not currently require third-party medical device servicers to have controls in place to determine if their servicing activities constitute remanufacturing. This lack of oversight poses an increased risk to public health and patient safety, MITA wrote in a statement.

In Februrary, MITA released a white paper outlining a framework for establishing the distinction between the two activities to serve as a resource for the FDA and the broader stakeholder community.

Some industry stakeholders argue that the new standard, as well as the white paper, fail to consider the interests of non-OEM stakeholders, and the value those stakeholders bring to the healthcare ecosystem.
1(current)
2