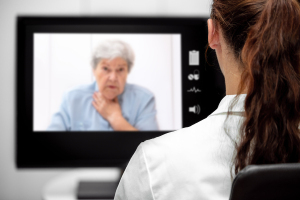 That is the finding of a new study, the first of any to study the relationship between telehealth use and access to primary care, according to lead author Dr. Winston Liaw.

“Patients are demanding access. They want to leverage technology to both access the health care system and help them make decisions about their health,” Liaw, chairman of the UH College of Medicine Department of Health Systems and Population Health Sciences, told HCB News. “There are many benefits to having a relationship with a primary care provider (including lower costs, more preventive services, and lower emergency department utilization); therefore, this desire for greater access needs to be balanced with continuity with providers.”

The rise of telehealth as a practice stems from the desire to eliminate historical blocks to healthcare such as geographic location, and transportation and time constraints. The aim is to provide consistent primary care, which multiple studies assert leads to better overall healthcare.

Utilizing LiveHealth Online, a telemedicine system operated by Anthem Blue Cross, researchers evaluated the information from individuals who relied on the platform, finding that 90 percent chose video consultations for their convenience and to save several hours of time. Close to half indicated on the day of their telehealth appointment an inability to see their doctor in person, due to there being no available spots or because the office was closed.

The study asserts that those that use telehealth prefer access over continuity, finding that such patients were less likely than non-telehealth users to have a primary care physician or other usual source of care. They also were more likely to be educated, employed and living in cities, underscoring the objective of bringing the service to underserved communities and others who could gain the most from it.

Though a timesaver and an alternative for those with lack of access to in-person primary care, the study notes that communication between telehealth professionals and in-person physicians is uncoordinated, leading to duplicate services and conflicting guidance, which together create inefficient delivery of care.

Liaw says the issue relates to the inability of telehealth platform EHRs to relay information to broader healthcare systems. Further compounding the problem is the reliance of patients on multiple physicians from different facilities, as evidenced by the fact that the average Medicare beneficiary sees seven physicians at four different practices, according to the study.
1(current)
2