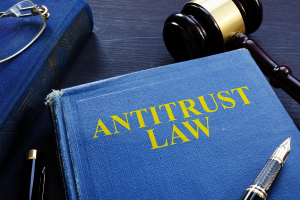 A class action lawsuit has been filed against General Electric and two of its healthcare subsidiaries, accusing the multinational conglomerate of "freezing-out" independent service organizations in the maintenance of gas anesthesia machines.

Plaintiff Monroe County Health Care Authority, along with hundreds of other facilities and medical providers throughout the county, allege that GE and its subsidiaries GE Healthcare Inc. of Chicago and Datex-Ohmeda Inc. of Madison, Wisconsin cut off access for independent service providers to GE parts, training and knowledge required to repair and maintain the machines, thereby violating the federal antitrust prohibition against monopolies. The lawsuit was filed by four law firms, including Labaton Sucharow.

"That GE successfully used its size and dominance to corner the market for these repair and maintenance services and overcharged its clients is not in question," said Gregory Asciolla, co-chair of Labaton Sucharow's Antitrust and Competition Litigation Practice, in a statement. "The current case will decide the amount of financial damage suffered by the medical facilities that overpaid for services for which there had once been a competitive choice of providers.”

GE parts and training are not interchangeable with those developed by other vendors, according to the suit, which says the company used this advantage to form and maintain an anticompetitive monopoly policy in the parts and training market for gas anesthesia machines. It also asserts that GE discouraged new ISOs from entering the market.

The litigation argues that the violations began in 2011 with the formation of new policies by GE that hindered the ability of independent enterprises to update the equipment, and its refusal to sell replacement parts directly to ISOs, instead opting to appoint a single exclusive parts distributor who charged significantly higher prices.

The suit then alleges that the company stepped up its anticompetitive policy in 2014 by refusing to train ISOs unless they relayed competitively sensitive information, and says that internal company documents indicate that GE purposely constructed its policies to “slow down,” “add cost to” and “phase out” competitors so that customers would only rely on it for services. The documents are also said to show that awareness on GE’s part in regard to an increase in service and repair prices for clientele using gas anesthesia machines.
1(current)
2