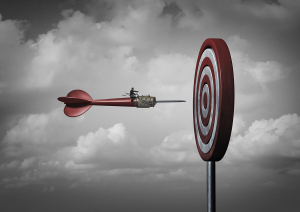 What is this dreaded scourge plaguing the nation? Medication non-adherence. The simple act of not taking prescribed medications is responsible for roughly 125,000 deaths in the U.S. each year – not to mention 10 percent of hospitalizations. It’s also estimated to cost the already-struggling U.S. health system between $100 billion and $289 billion annually.

As bad as that news is, however, here’s the saddest part: every single one of those deaths from medication non-adherence – along with scores of hospital stays and emergency department (ED) visits – was preventable. Every. Single. One.

There are many reasons for members not taking their medications as-prescribed. Some revolve around social determinants of health (SDoH) such as cost. If a member must choose between filling their prescription (or taking the full recommended dosage) and paying the rent or buying food, the medication is going to lose. Other typical challenges include a lack of transportation to a pharmacy, or apartment dwellers being unable to receive mail-order medications in bulk due to mailbox size.

Sometimes there are behavioral or other comorbid conditions, such as a member with depression who has trouble functioning, or someone with Alzheimer’s disease who forgets to take their medication. Sometimes members simply choose not to, without an apparent reason.

Whatever the cause, it’s clear that improving medication adherence can have a profound effect on member health (and mortality/morbidity) as well as the cost of care. Of course, that’s like saying if we could get everyone to stop fighting the world would be a happier place. The statement is true, but how do you make it happen?

Replacing generic messages with hyper-targeting
Many health payers understand the value of communicating with members to encourage them to take their medications as prescribed. They send out messages explaining the health (and financial) benefits of doing so, as well as the health and financial cost of failing to do it.

The problem with most of these messages is they are too general. Telling a member with high blood pressure they should take their “medication” isn’t nearly as effective as saying they should ingest one 160 mg dose of Valsartan each morning with their breakfast. It’s the specificity that helps.
1(current)
2
3