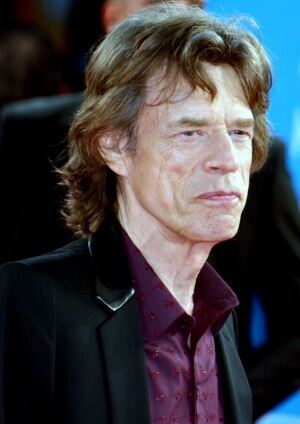 News of his operation in New York was first broken by the Drudge Report, citing unnamed sources.

According to the Daily Mail, the procedure was done at New York Presbyterian hospital, where the legendary Rolling Stones frontman is recovering while being monitored for complications.

“He is resting and recovering well,” friends said, according to the Mail.

The American Heart Association (AHA) issued a statement regarding Jagger's heart surgery, explaining that TAVR does not require an opening of the chest. Instead, it is “a minimally-invasive surgical procedure that repairs the valve without removing the old, damaged valve. Instead, it wedges a replacement valve into the aortic valve's place. The surgery may be called a TAVR or transcatheter aortic valve implantation (TAVI).”

The FDA-approved procedure is best for those with symptomatic aortic stenosis.

TAVR is less drastic that the more common valve replacement open heart procedure with a sternotomy, during which surgeons open the chest to put in the valve. For TAVR or TAVI procedures, a small opening allows access, leaving chest bones untouched.

The AHA noted that the experience of this procedure, which typically takes 3-5 days from which to recover, is “comparable to a balloon treatment or even an angiogram in terms of down time and recovery, and will likely require a shorter hospital stay.”

Jagger is resting in the hospital to ensure that there are no complications, the more common of which is bleeding as the artery heals, according to Billboard.

A study, announced in March at the American College of Cardiology’s Annual Scientific Sessions in New Orleans, showed that TAVR was better than aortic valve surgery.

The Partner-3 trial results looked at TAVR in low-risk patients with symptomatic severe aortic stenosis versus those getting surgery. The findings were that TAVR was superior to SAVR (surgical aortic valve replacement) at reducing death, stroke, or re-hospitalization at one year in low-risk patients, according to the study.

“This isn’t just a paradigm shift, it’s a complete flip on its edge,” said Dr. Janet Wyman, nurse practitioner and manager of the Henry Ford Center for Structural Heart Disease. Dr. Wyman was part of the panel responding to the study announcement. The results were also published in the New England Journal of Medicine.

The Rolling Stones had previously announced the postponement of its North American tour, scheduled to run from April 20 until June 29, for medical issues.