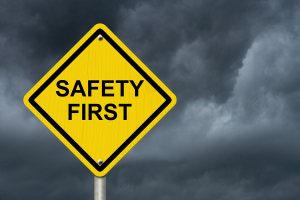 Advising that there have been “recent incidents” in which incorrect solutions were used to elute rubidium 82 generators for PET scans, the FDA has issued a reminder and is requiring language changes and Boxed Warnings on the labels of the generators.

These incidents caused “excess radiation exposure to patients, due to user error with certain systems used to produce rubidium Rb 82 injection for use with Positron Emission Tomography (PET) myocardial perfusion imaging scans,” the agency said in its announcement. The safety label changes will “remind users to use the correct solution to elute the generator and carefully follow safety procedures for the system,” it stated.

There have been reported incidents in which the wrong solution was used, such as calcium-containing lactated Ringer's. This is bad, because the calcium “interacts with radioactive strontium 82 and strontium 85 in the generator’s structure,” leading to a strontium “breakthrough” into the rubidium injection-given patients.

This “can deposit high levels of radioactivity in organs including the bone, which can lead to suppressed bone marrow function and suppression of the immune system. Additional long-term risks could include radiation-induced cancers,” warned the agency.

The FDA has stressed the issue to facilities to ensure proper training for use of CardioGen-82 and Ruby-Fill systems and “strictly adhere to the mandatory eluate testing protocol,” as a solution mistake can cause such serious adverse consequences.

Beyond that, if the wrong solution is used, the FDA stated that the infusion should be immediately stopped and the patient evaluated regarding absorbed radiation dose, and monitored for radiation to critical organs “such as the bone marrow,” it advised.

The agency is working with manufacturers CardioGen-82's Bracco Diagnostics and Ruby-Fill’s Jubilant DraxImage, which sent out letters to users about the issue.