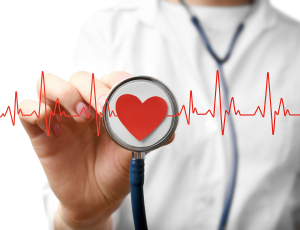 The FDA has given Biofourmis the thumbs-up to proceed with the launch of its RhythmAnalytics Platform, which provides AI-based automated interpretations of cardiac arrhythmias.

Utilizing an enhanced deep-learning technique, the cloud-based software can detect more than 15 types of cardiac arrhythmias. Its AI-based design is expected to reduce the potential for misdiagnosis and false positives found in traditional cardiac rhythm classification approaches, especially the high rate of error associated with diagnostic interpretations of ambulatory electrocardiograms (ECGs), such as the ePatch Extended Holter Monitor.

“The presence of motion artifacts from ambulation and the long duration of monitoring — which ranges from 24 hours to two weeks for Holter monitoring — makes manual review challenging. Current algorithms trained on limited data sets don't cater to this issue,” Kuldeep Singh Rajput, founder and CEO, Biofourmis, told HCB News. “RhythmAnalytics leverages deep learning to automate these processes with accuracy levels that match, and in some cases, exceed cardiologist-level performance.”

Errors from computerized arrhythmia interpretations are prone to approach 50 percent in studies, says Rajput, ushering in the need for rapid, automated and highly accurate interpretations of single-lead ECGs for a variety of cardiac rhythm disorders.

Trained with more than a million single-lead ECG recordings, the convolutional network of the system can analyze ECGs captured from any device cleared by the FDA, as well as wearable sensors such as Holter monitors, event recorders, or other similar devices. The recordings used for training were collected from patients with a history of arrhythmias who used a range of ambulatory ECG monitoring devices, including the ePatch Extended Holter Monitor.

In a clinical trial submitted as evidence of its efficacy to the FDA, the platform was initially trained with over 120,000 ECG episodes of over 30 distinctive cardiac arrhythmias, and pitted against two similar deep learning systems and a panel of cardiologists, outperforming all of them with sensitivity of 90.8 percent, specificity of 98.2 percent, and an overall F1 score of 0.834.

Additional conditions it can detect include beat-by-beat morphology computation, such as ventricular arrhythmias and ventricular ectopic beats, as well as non-paced arrhythmias, including Atrial Fibrillation (AFib). It also can be integrated as a cloud-based API in existing cardiac monitoring solutions, or directly integrated into a device or wearable sensor. This reduces the rate of misinterpretation and inappropriate patient management.

“We have no doubt that machine learning-based solutions like RhythmAnalytics will play an important role in assisting physicians and specialists in automated interpretation of data derived from cardiovascular diagnostic tests,” said Rajput.

The solution is currently in use at Brigham and Women's Hospital, as part of a partnership between it and Biofourmis, and is used to continuously monitor for cardiac arrhythmias and manage at-home patients as part of Brigham's Home Hospital Program.

Biofourmis plans to offer the solution’s cloud-based API as software as a service (SaaS) to ensure greater accuracy and scalability of ECG analysis for improved throughput and efficiencies in cardiac monitoring centers.