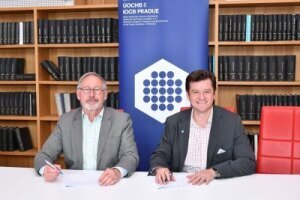 The method, which enables the separation of rare earth elements, will enable the Wisconsin-based enterprise to generate the radioisotope for cancer treatment at greater speed and scale, as outlined in the property license agreement signed between SHINE and IOCB Prague.

"Chemical separation of Lu-177 from irradiated ytterbium matrix is currently a major bottleneck in Lu-177 production," Dr. Miloslav Polášek, head of the Coordination Chemistry Research Group at IOCB Prague, told HCB News. "The new technology has the potential to both shorten the separation time and increase the scale. Overall production rate increase by a factor of 10 or more is possible with this new method. This will be a matter of further development."

Separating rare earth elements is a difficult task, particularly when they are radioactive and must be extremely pure.

The IOCB separation method will enable SHINE to quickly and efficiently separate Lu-177 from irradiated ytterbium-176 targets to produce a highly concentrated Lu-177 product called “non-carrier-added” or “high-specific activity” Lu-177. Such a form is essentially free of stable isotopes of lutetium.

It will be used with SHINE’s platform technology, which uses a patented, proprietary manufacturing process that offers major advantages over existing and proposed production technologies for producing medical isotopes. These include no reliance on a nuclear reactor, the use of less electricity, less waste generation, and compatibility with the nation's existing supply chain for molybdenum-99, the parent isotope of the medical radioisotope, technetium-99m.

The method by IOCB Prague can be applied to the separation of more than one metal radionuclide, providing the potential for greater production of radioisotopes that can be applied to medical diagnostics and treatments.

"The method can also be used to separate other metal radionuclides, provided that their chemical properties are compatible with the process," said Polášek. "For the cases where the separation step is the limiting factor, the new technology could indeed help increase availability of such a radionuclide."

In addition to adopting the new method, SHINE plans to create its own ytterbium-176 starting material and is in the midst of expanding its presence, having broken ground this month on its first U.S. medical isotope facility in Janesville, Wisconsin.