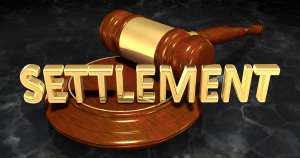 Filed in late 2017 in the U.S. District Court for the Western District of Washington, the suit accused SuperSonic of infringing patents on Verasonics’ software beamforming architecture in its Aixplorer ultrasound system, as well as “misappropriating” trade secrets in the solution.

“We will always protect our intellectual property,” Lauren Pflugrath, president and CEO of Verasonics said in a statement provided to HCB News at the time. “Verasonics values the collaborations we have with companies around the globe, but we must stand up against anyone infringing on our IP [intellectual property].”

Verasonics claimed that SuperSonic Imagine initially had a license to use the software, but that it expired in 2014, at which point the French manufacturer continued to use the technology without one. It sought monetary damages and an injunction to block marketing, sales and development of any Aixplorer platform.

One version of the ultrasound solution that was introduced at the time of the suit offered features that enhanced the potential for new and noninvasive imaging modalities in the detection and treatment of breast and liver diseases, using ultrasound guidance to increase reliability for interventional procedures while improving patient safety and comfort. Another version, Aixplorer Mach 30, followed its release in 2018, as did a third last month.

As part of the settlement, SuperSonic has taken a license to certain Verasonics IP and provided cross-licensed technology to Verasonics.

Verasonics told HCB News that it was unable to conduct an interview “specific to the settlement.”