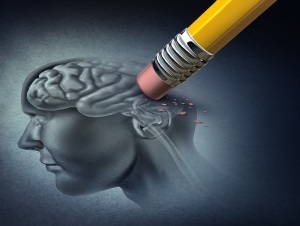 Care for Alzheimer’s patients in the U.S. is estimated to reach $1.1 trillion in Medicare and Medicaid costs by 2050 if a treatment, or cure, is not found, according to the Alzheimer’s Association. With over 27 million cases worldwide, the neurodegenerative disease touches many lives and the demand for better care has never been greater.

Medical imaging has shown promise in recent years for visualizing the way Alzheimer’s spreads and opening up a greater understanding of the condition. Using biomarkers, researchers aim to widen the scope of diagnostic options available and facilitate earlier detection of the disease.

“Biomarkers for amyloid and tau are necessary for positively diagnosing Alzheimer’s in a patient. It takes time for biomarkers to be recognized and accepted, first by the scientific community, then by the clinical community, and eventually, bodies such as CMS and private insurers for reimbursement,” Carlo Medici, CEO of Alzeca Biosciences told HCB News. “But we’re in a phase now where the need for biomarkers is increasingly recognized by the scientific community. So, there will be more research, more publications and more validation of these biomarkers.”

Earlier detection is a key focus for Alzeca, which is currently developing two new MR imaging agents for detection, one for amyloid plaques, the other for tau tangles.

But developing these markers means facing financial and regulatory obstacles while demonstrating that all these efforts will ultimately help move the needle on solving a global problem.

Three types of biomarkers
Years of research around the presence of amyloid plaques and its association with Alzheimer’s has led to the development of diagnostic agents that have earned approval from the FDA. A shift, however, is now underway from amyloid-centric to non-amyloid imaging targeting, especially around tau tangles, which must be present alongside amyloid plaques to confirm a diagnosis of Alzheimer’s.

“These changes in the brain occur 15-20 years before the onset of clinical symptoms. A patient may have amyloid plaques in the brain, without having any symptoms whatsoever,” said Medici. “So, the presence of the plaques does not necessarily mean they’ll develop dementia due to Alzheimer’s. It’s the beginning of what I call a physiopathological journey that could lead to dementia.”

One biomarker included in the classification of Alzheimer’s is neurodegeneration, which is characterized by the destruction of neurons and synapses that connect various neurons to one another. These are associated with amyloid plaques and tau tangles.
1(current)
2
3
4