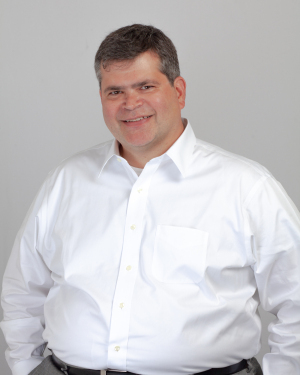 Today, there is a lot of excitement around the potential for theranostics to change medicine, but some people forget that the practice of nuclear medicine, at its very beginning, provided both diagnostic and therapeutic value with the first widely available radiopharmaceutical Iodine131.

I131 was discovered by Dr. Glenn Seaborg and Dr. John Livingood in 1938 at UC Berkley. A few years later, in 1949, the rectilinear scanner was invented by Benedict Cassin and enabled direct imaging of the thyroid gland, and opened up the ability to “trace” the biodistribution of radioactive substances. This was the very beginning of targeted imaging, radiotracers, and radiotherapeutics.

With the discovery and commercialization of other radionuclides such as Technectium99m, Iodine123, Indium111, and later Gallium68, Flourine18, Copper64, plus others, researchers were able to identify new ways to “tag” biologic compounds with these radioactive elements. Today, we are able to very accurately assess myocardial perfusion, evaluate the spread of metastatic disease in the skeletal system, and image glucose metabolism in tumors and other disease processes. F18 Fludeoxyglucose (FDG) allows us to image the extent and metabolic viability of about 70 percent of cancers as measured by incidence, and we perform millions of molecular imaging procedures per year in the U.S.

In the past decade, medicine’s understanding of the metabolic processes of our bodies, and the illnesses that afflict us, has grown tremendously. Cancer treatments are now able to target specific genes and their mutations, cellular-level metabolic processes, receptors, and antibody binding sites. The ability to treat smaller and rarer subsets of disease provides options to patients who previously had none.

The challenge is that these more targeted drugs are very risky to develop, it often takes a decade or more to find the proper molecule to become these “personalized medicines”. These targeted therapies are also more complex to put into clinical trials, and often more expensive to guide through the regulatory approval process than drugs with huge patient populations and broader metabolic targets. It is often difficult to identify which patients of a certain profile will benefit from these targeted “personalized medicines”.

At a recent symposium, a well-known French oncologist touted the vast benefits of targeted immunotherapies but bemoaned the fact that it was almost impossible to predict which patients would benefit from these expensive treatments. Here, he suggested using molecular imaging to develop companion diagnostic compounds to preselect responders before the initiation of therapy.
1(current)
2