Agfa investigates sale of Hospital IT and Integrated Care business 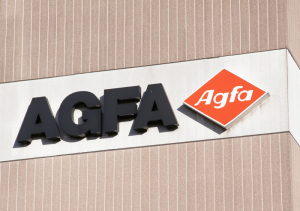 Agfa HealthCare is investigating the sale of its Hospital IT and Healthcare Information and Integrated Care Solutions (HCIS) businesses.

Worth more than $213 million, the HCIS business comprises Agfa’s EMR and population health management/integrated care portfolio. The decision to sell it stems from a desire among the board of directors to extend the independence of Agfa.

“After careful review, in conjunction with its advisers, the board has decided to investigate the sale of a part of Agfa HealthCare,” said Christian Reinaudo, president and CEO of the Agfa-Gevaert Group, the parent company of Agfa HealthCare, this past month in a statement. “That part is expected to primarily comprise the Hospital IT and Integrated Care businesses, as well as the Imaging IT business, to the extent that this business is tightly integrated into our Hospital IT business. This is the case mainly in the DACH region, France and Brazil.”

The sale will leave Agfa as a vendor mainly in the imaging space, with the company retaining the majority of the Imaging IT business. Compared to other segments, the HCIS business has performed more promisingly, achieving single digit growth in 2017 and 2018. In contrast, parts like classic radiology, imaging IT, CR/DR and hard copy film have declined or shown flat performances in 2017 and 2018, leading to decreases in revenue for the whole of Agfa by 3.5 percent and 4.6 percent in both years, respectively.

HCIS, which is mainly driven by its ORBIS EMR solution, however, is used in less diverse markets than the other segments, with its customer footprint mainly in the markets of DACH (Austria, Germany, Switzerland), France, Brazil and Belgium.

Alex Green, a director and principal analyst at health IT research firm Signify Research, suggests that the sale could be due to a desire to focus solely on the imaging needs of its customers, or a perception of limited profitability and growth in the markets for HCIS.

“While Agfa also holds significant market position in the large North American market and has also been making progress in emerging markets, a sale of its imaging businesses in DACH, France, Benelux and Brazil can only suggest it sees limited future potential profit and growth in continuing to operate in these markets as is,” he wrote in an analysis. “Or simply, it [holds the view that] offering an integrated EMR, integrated care and imaging IT portfolio in these countries will strengthen its hand in any sale.”

He adds that the sale may hurt Agfa, as having an imaging IT and EMR offering could be a small advantage due to the evolution of EMR functionality regarding data aggregation, wellness, care coordination and clinical function offerings. Such an advantage, however, is “limited.”

“Few providers buy imaging IT because of integration with HIS, LIS or ECM. DACH and Latin America being two examples of the small number of geographies where there is some crossover,” he said. “The company has obviously already weighed up this advantage versus the promise of a focused pure-play imaging strategy and, assuming it pushes ahead with the sale, it has decided the value of the sale from a position of strength in the market outweighs the cons. Time will tell if this was the correct plan.”

Preparations have started for the sale, which is expected to launch in the second half of the year.