'Nudge' in EHRs cuts imaging in half for palliative radiotherapy, says study 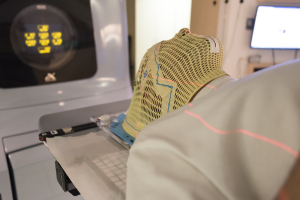 That’s the claim made in a new Penn Medicine study, which uses the term “nudge” to refer to a default physician order in electronic health records to spare patients with advanced cancer who experience pain and discomfort from their treatment and the progression of their cancer.

"Daily imaging is often used for curative radiation treatments with more complex radiation plans, with smaller treatment margins. Sometimes it may be used out of habit for all cases, though it's not clinically necessary for most palliative cases," Sonam Sharma, an assistant professor of radiation oncology at the Icahn School of Medicine at Mount Sinai who performed the research at Penn, told HCB News. "We decided to apply insights from behavioral economics to make it easier to refrain from using imaging, and found that a 'default nudge' was a powerful tool to affect prescribing patterns."

Conducting research on the matter while in the Perelman School of Medicine at the University of Pennsylvania, Sharma evaluated the practice of weekly imaging across five Penn Medicine radiation oncology practices in New Jersey and Pennsylvania between 2016 and 2018 on more than 1,000 patients undergoing palliative radiotherapy for cancers that spread to other organs, including bone, soft tissue and brain.

A default imaging order based on insights from behavioral economics was designed within the EHR to specify no daily imaging during palliative radiotherapy, with radiation oncology practices randomly assigned to take up the “nudge” over time. Doctors, however, were not precluded from choosing to order daily imaging if they felt it was the best option.

Researchers then parsed out whether changes they viewed were tied to the nudge or potentially the result of any other unrelated occurrences within the clinic, such as changes in practice trends or educational programs. The introduction of the default order caused daily imaging to drop from 68 percent to 32 percent for treatment courses. As a result, radiotherapy session time, which typically runs from 10-15 minutes, was cut by an average of two minutes per session.

"A 'nudge' is an effective and scalable tool that has been applied in other clinical situations outside of cancer care to increase high value care. We now show it can reduce low value care as well," said Sharma. "The health system now uses the nudge throughout its practices to reduce unnecessary imaging during palliative radiotherapy. We plan to apply lessons from this study to other areas in cancer care delivery."

The study was funded, in part, by a grant from the National Cancer Institute and by the University of Pennsylvania Health System through the Penn Medicine Nudge Unit and the Department of Radiation Oncology.

The findings were published in the journal, JAMA Oncology.