Patients like the idea of telemedicine, but what about physicians? 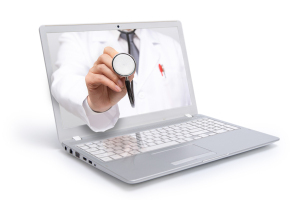 The finding reflects not just growing patient intrigue but greater interest from physicians, with double the number self-reporting telemedicine as a skill in 2018 compared to 2015, and rising by 20 percent each year, according to the researchers involved, who claim their study is the first of any to examine increasing physician interest in telemedicine jobs in the U.S.

“For physicians, the practice of telemedicine is more flexible and can be more convenient,” Christopher Whaley, lead author of the study and adjunct assistant professor at the University of California, Berkeley School of Public Health, told HCB News. “It can eliminate a lengthy commute, or allow doctors to work around something like child or family care. It may also help mitigate burnout that physicians often experience in more traditional care settings.”

The study observed the trend based on factors such as age, employment status, gender, geographic area and specialty, finding similarities in some areas and differences in others. For instance, while little distinction in use of the practice was found among millennials and boomers, 10 percent more women were found to be interested in telemedicine jobs compared to their male counterparts.

In contrast, 47.2 percent of men showed greater interest in locum tenens work, an opportunity for temporary position employment that is considered part-time. Like locum tenens, many telemedicine jobs are conducted on a part-time basis, potentially signaling a rising interest among physicians toward more flexible clinician positions.

“Our research shows that doctors are embracing telemedicine as an alternative to traditional clinical practices, which is good news for patients,” said Whaley. “By removing physical limitations, physicians can now expand their patient base to rural areas that are currently underserved by different specialties. If you start to view the physician shortage as a problem of where the doctors are located, which is mainly in the major metros, it's easy to see how more telemedicine can help address this serious challenge.”

Data for the study was derived from engagement of job postings on the Doximity network, of which more than 70 percent of all U.S. physicians are members. Engagement was defined by the authors as a physician taking action in response to a job posting by clicking on it to “see more”, submitting a resume, or scheduling an input call.

The findings were published in the journal, JAMA.