Right to repair meeting in Washington 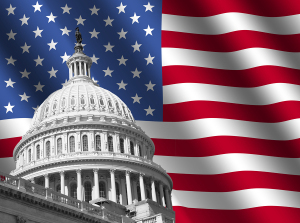 The Federal Trade Commission (FTC) held an event yesterday in downtown Washington DC to discuss the right to repair. Mostly, this dealt with consumer products but healthcare was mentioned.

There were several medical people in attendance and lots of other consumer companies.

Mentioned in the discussion was the fact that states around the US are proposing laws dealing with the right to repair. Manufacturers are attempting to limit the ability of consumers to repair their products as well as local repair shops.

There is talk that this may be infringing upon consumer's rights.

States that are considering these laws are also considering carving out equipment used in hospitals and the story was told about a hospital in New England that wrote to their state legislator and thanked them for including it in the bill.

It is interesting to note that this issue was already dealt with, as it relates to automobile repairs. Massachusetts passed a law relating to the right for individuals and repair shops to repair automobiles and it seems that other states adopted the Massachusetts style rules. The auto makers went along with it because they wanted to avoid facing different rules in different states.

This is another way of looking at the same issue of service keys and calibration software/tools. It will be interesting to see if the issue of independent service and software tools are dealt with at the state level rather than the federal level, since it seems that the FDA has adopted a hands off policy with respect to this.

I am sure that we will be watching this in our news and keep you informed as anything happens.