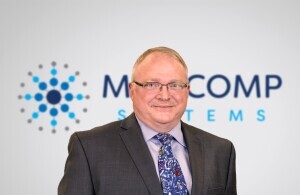 Jay Anders is the chief medical officer of Medicomp Systems. He spoke with HealthCare Business news about some of the problems surrounding electronic medical records.

In today’s environment, the need for precise data and labeling of data means it’s not enough to get the work done, but it needs to get done within strict tenets. The more closely those tenets are followed, the more useful and valuable the information being recorded is. But those facts are at the back end. At the front end, healthcare is about the patient, and a low patient satisfaction rate translates more and more to low reimbursements and financial aches for providers who don’t address their patients’ satisfaction.

Anders says there are two big problems for healthcare professionals. The first is that it can be difficult to get things organized in a format that presents notes in a cogent and readable way. The second is that heavily coded documentation often doesn’t support the physician’s workflow.

When one considers the two big problems, it’s evident that the one — the heavily coded documentation — should solve the other problem, the organizing of the notes. So really, it should be about improving workflow to make capturing the important information easier for physicians. But there’s a third problem — everyone’s to blame/no one’s to blame when it comes to the difficulty of the documentation.

Jay Anders
By that, I mean that EMR vendors have requirements to follow regarding some of the data capture needs. So they pack them into their product offerings. Physicians know what needs to be documented, but have trained on different systems, have developed different shorthand, have their own unique requirements depending on the healthcare system they’re a part of. Have you caught on to the issue yet? If an EMR vendor provides a one-size-fits-all solution, or even a one-size-fits-most solution, what they’re offering are solutions that won’t work for everyone. The better companies work closely with healthcare professionals to see how they are using the systems and what ways they can be improved, but without an agreed upon, universal method of entering data, there’s only so much they can do.

Doctors want to work with patients, not with screens. Data recording is the price of admission for them, but they’re not happy about it. Some who seem most satisfied with the profession today use scribes to free them from the tedium of notes. “So they’re not interacting with the system,” says Anders. “They may look something up briefly, but there’s little of that one-to-one interaction with the EMR.” That approach has drawbacks according to Anders. “Most EMRs have a certain degree of clinical decision support, so if they’re not interacting with the system, they’re going to miss that. The last thing I’d want in an exam room is someone sitting in a corner typing away and then speaking up to say, ‘you need to order x because an alert popped up over here.’”
1(current)
2