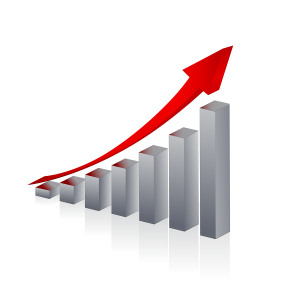 The hikes to the Aussie nuclear medicine sector come despite months of production and safety issues, and follow a recent radioactive leak in June that exposed three workers at its Lucas Heights facility to radioactivity, leading to its shutdown and that of its production of Molybdenum-99.

“The increases are modest, proportional, and reflect the ongoing cost to effectively deliver secure supplies of nuclear medicine,” said an ANSTO spokesman when confirming the price hikes to the paper, adding that the government manufacturer is “consulting with the nuclear medicine community about these changes. Where concerns have been raised, we will work through them with customers who have their own commercial imperatives.”

The leak took place on June 21 when contamination was detected on the outside of a container holding 42 milliliters of Mo-99. Two of the three workers who were exposed received a dose amount “above the statuatory limit,” confirmed an ANSTO spokesperson in a statement.

He added that “early calculations" showed the dose to be equivalent to "that of a conventional radiation therapy treatment. An occupational physician will continue to provide ongoing observation. All three workers involved are receiving ongoing support from ANSTO.”

ANSTO, which claims to have the ability to provide up to 25 percent of the global need for Mo-99, was forced around the same time last year to temporarily suspend generator production at its OPAL facility, due to a mechanical fault in its transfer conveyor. The facility sent shipments of bulk Mo-99 to Lantheus Medical Imaging Inc. (LMI) in the U.S. to be packaged in generators there as a way to offset delays, until it resumed production a month after the suspension.

The government manufacturer recently celebrated a milestone in June, with the awarding of a license to its new Nuclear Medicine (ANM) facility to begin distribution of nuclear medicine. ANSTO had been making Mo-99 there on a limited basis since April.

“This is the most advanced and safest manufacturing facility for nuclear medicine on the planet today,” ANSTO CEO Dr. Adi Paterson said in a statement at the time, adding, “this is a highly sophisticated manufacturing facility that will see the Shire contributing strongly to health outcomes for patients across Australia, and the wait has been worth it!”

An investigation into the leak is underway. ANSTO has shifted the task of supplying Mo-99 nuclear medicine to alternative facilities.