NNSA awards agreements to US firms for Mo-99 production 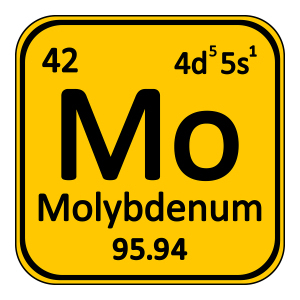 NNSA has negotiated agreements
with three U.S. firms for
the production of Mo-99
Three companies have finalized negotiations for awards with the Department of Energy’s National Nuclear Security Administration (DOE/NNSA) for the production of molybdenum-99 (Mo-99) — using no highly-enriched uranium (HEU).

The three companies involved include Michigan-based Niowave, and Wisconsin’s NorthStar Medical Radioisotopes and SHINE Medical Technologies. A possible fourth cooperative agreement with Northwest Medical Isotopes in Oregon is also under negotiation, according to the NNSA.

“Mo-99 is a critical medical isotope that empowers us to fight back against heart disease and cancer,” Lisa E. Gordon-Hagerty, DOE undersecretary for nuclear security and NNSA administrator said in a statement. “These agreements will facilitate its domestic production without highly-enriched uranium, greatly reducing the potential for proliferation of nuclear materials.”

Mo-99 is used in more than 40,000 medical procedures daily in the nation. The objective of these deals is to ensure a supply of approximately 3,000 six-day curies of Mo-99 a week.

Congress had appropriated $40 million for the awards for FY 2018 and $20 million more for FY 2019 to address ongoing global Mo-99 supply concerns. The three agreements call for NNSA to give $15 million to each of the awardees, which will be matched with an equal amount by the firms.

Investments in Mo-99 production are a hot topic in the nuclear medicine world, and one that has led to a number of collaborations. Eden Radioisotopes, just this May, set up an investment agreement with Yates Family company Abo Empire to supply funding to construct a reactor for the production of medical isotopes.

The New Mexico-based nuclear structure will be less than 2 MW and used primarily to generate Mo-99, with the aim of helping to curb supply shortages of the radioisotope. It will use an all-target core that will operate 22 hours, seven days a week, allowing Mo-99 targets to be continuously irradiated and readily available for processing when needed.

“Other typical current medical isotope reactors may operate on a cycle of some period of time, such as 28 days, and then be down for a week of routine maintenance,” Chris Wagner, COO of Eden Radioisotopes, told HCB News at the time. “During times of market shortage(s), this operational difference would allow Eden to quickly ramp up mo-99 production to fill a shortfall.”

Like the rest of the world, the U.S. faces the challenge of producing Mo-99 without HEU by any means amid growing demand and aging nuclear plants.
1(current)
2