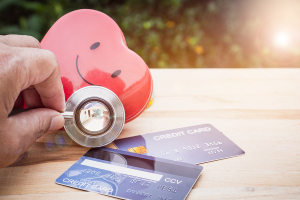 That’s the finding of the seventh annual Cardiovascular Provider Compensation and Production Survey produced by American College of Cardiology Company, MedAxiom, and the first to incorporate data on compensation for heart failure.

“Patients with heart failure have such unique challenges clinically — and often socially — that cardiologists are starting to devote 100 percent of their time to this one subset of heart care,” Joel Sauer, executive vice president of consulting of MedAxiom, told HCB News, adding that “there is now an additional year of cardiology fellowship centered on heart failure. Data like those found in the MedAxiom survey are what the market uses to establish compensation and production benchmarks.”

Data for the 2019 report was collected between 2008 and 2018, and included 184 groups that represent 2,267 full-time physicians. Data included in the survey was based on subspecialties, geographic region and ownership model, and referred to areas such as compensation per work relative value unit, key cardiology volumes and ratios, diagnostic testing trends, and the roles of advanced practice providers, part-time physicians and non-clinical roles.

Compensation for heart failure cardiologists amounted to $441,845 per FTE, 10 percent lower than general noninvasive compensation. Top earners were once again electrophysiologists at $629,641, while the income gap between physicians in private practices versus integrated groups dipped to 3.5 percent, due to the growth of non-clinical revenue for the private cohort.

The biggest drivers behind the rise in cardiology compensation is high demand for cardiologists to offset the low supply brought on by retirements, as well as to aid practices experiencing slowdowns, call demands and care for aging U.S. populations.

Though the survey found that about one in four cardiologists were age 61 or more — the highest number ever seen within this age group — the number set to leave the workforce is projected to outpace the number coming out of fellowship, leading to a national net decrease of available cardiologists, according to Sauer.

“Cardiology continues to become more deeply subspecialized, which creates additional complexities in terms of patient care and coordination. Emphasis on the ‘team’ and creating a more holistic approach to care will be critical,” he said. “There will likely be continued pressures on the availability of cardiologists for replacement of exiting physicians and for programmatic growth. A very appropriate relief valve for these pressures is expanded utilization of advanced practice providers or APPs. The data shows that as an industry, cardiology continues to struggle with deploying these resources consistently and in a highly efficient manner.”

MedAxiom members represent more than one-third of all cardiology and cardiovascular groups in the country. They include more than 400 cardiovascular organization members and thousands of providers, administrators and clinicians.

Financial, staffing, productivity and compensation metrics, and demographic measures were also included in the survey.