Claims of EHR-related injuries on the rise

Claims of EHR-related injuries on the rise 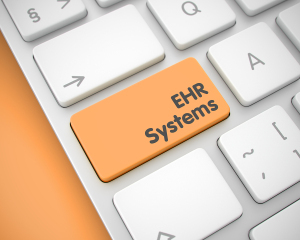 While not often the primary cause, the pace for these medical malpractice claims tripled from seven cases in 2010 to an average of 22.5 annually in 2017 and 2018. The largest portion was issued to family medicine and internal medicine physicians, followed by cardiologists and radiologists.

Two causes of these incidents were identified, one of which was system technology and design problems. These types of issues often revolved around electronic systems and technology failure. The other was user-related error, caused by incorrect information; pre-populating or copying and pasting; and hybrid health records or EHR conversion.

Adverse reactions to medication and death were the most prevalent of the injuries, occurring in seven percent or more of claims, with diagnosis-related allegations making up nearly one-third of all claims filed.

The authors advise providers looking to address or avoid such risks to adopt processes for monitoring EHRs and to prioritize the need to improve and redesign EHRs based on risk. Some notable examples include:

• Avoiding copying and pasting except when describing the patient's past medical history.

• Contacting their information technology (IT) department or vendor if the auto population feature causes erroneous data to be recorded. Note and document the correct information if the auto-populated information is incorrect.

• Review entries after making a choice from a drop-down menu. Templates with drop-down menus facilitate data entry, but keep in mind that an entry error may be perpetuated elsewhere in the EHR.

• Review all available data and information prior to treating a patient — injury may result from failure to access or make use of available patient information.

• Relocate the computer so the physician's back is not to the patient and so the patient can view the screen. Remind the patient that you are listening carefully, even when typing during the appointment. Summarize or read the note to demonstrate you have listened.

“Vendors could also take steps to minimize the chances that documentation in an EHR would result in patient harm,” added Ranum. “Our understanding, however, is that vendors will make changes for individual customers for a fee.”