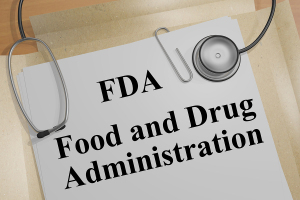 From the October 2019 issue of HealthCare Business News magazine

Rik Primo, the principal of Primo Medical Imaging Informatics Inc., has built a career in healthcare over decades. Still, he had to go back long before his career began, in fact a couple of centuries before he was born, to provide a background on today’s artificial intelligence in healthcare. Part one’s history lesson about AI and its fundamentals sets the stage for part two, published next issue, which will focus on FDA activities and actions with “Software as a Medical Device.” There will be a few timeline jumps, so pay attention!

Rik Primo
We start in the mid-1700s to early 1800s. Mathematician Jean-Baptiste Joseph Fourier developed his mathematical physics models like infinite mathematical series in his book “The Analytical Theory of Heat”. They would become the foundation of the Fourier analysis and Fourier transform. The latter is a mathematical process now used for breaking down MR signals to different frequencies, phases and amplitudes of sine waves. Much of Fourier’s work is used today in mathematics, physics and geometry, finding its way into computing by the 1960s, and playing an extremely important role today in digital signal processing and analytics, artificial intelligence and other domains.

The work of Pierre-Simon, Marquis de Laplace from the same era also heavily figures into today’s healthcare technology. As Primo explains, “The algorithm, known as a Laplace operator or Laplacian, is effective in detecting edges in images. AI applications in imaging are dependent on being able to detect edges.” Primo says a third man, Simon Bayes, also figures in today’s AI decision-making through the Bayesian theorem. Bayes’ work dates back to the early 1700s.

In 1956 at a conference at Dartmouth College, the term "artificial intelligence" was mentioned for the first time. Prominent scientists John McCarthy and Marvin Minsky, known as the “Fathers of AI” fueled the continuous progress in AI research and development.

Today, Primo points to Snapchat, a current social media application that uses AI technology. “In Snapchat, the application performs facial recognition which is accomplished by digitizing and quantification of an image – with pixels and grayscales and with recognizing different colors. When your face is exposed to the camera and the picture is taken, machine learning comes in,” he says. “There have been hundreds of thousands of images reviewed by people who have clicked and marked the eyes, the eyebrows, the nose, the mouth, and so on. The application is then using the Bayesian inference theorem, Boolean algebra, Laplacian edge detectors, and after a while, the system can clearly and autonomously identify, even under different angles, the location of the nose, eyes, hair from the user in the picture. Thus, Snapchat is based on machine learning, which is an AI mechanism. An important difference with AI deployments in healthcare is that kids intuitively use Snapchat on their tablets or smartphones without the need for extensive training.
1(current)
2