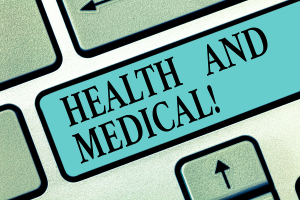 That’s the conclusion of a survey by consulting firm HealthMine and conducted by first party data provider Dynata, which found that 45 percent of MA beneficiaries were unsure and 18 percent had no access, despite nearly all health plans offering member portals.

“The good news is that almost all providers and plans in the health care system are offering patient portals for electronic medical record access,” said Nicole Althaus, HealthMine vice president of member engagement products, in a statement. “Not all Americans are taking advantage of this convenience. It's not only confined to Medicare beneficiaries. We know connecting patients to data in real time is the key to patients taking health actions to avert health care incidents."

While nearly all hospitals have a patient portal, 62 percent report that less than 25 percent of their patient populations use one, meaning that even the most connected Americans are not connected to their health.

More than half of all 800 MA respondents (54 percent) specified interest in accessing their own claims and records. Just 30 percent reported the records as being “easy to access,” while seven percent noted they could access their portals but “not easily.”

Many older adults, however, are less inclined to connect to their health data online and set up patient portals, according to a related study by the National Poll on Healthy Aging, out of the University of Michigan. Among their reasons include not liking having to communicate about their health online (40 percent), not needing a portal (38 percent), being unaware of having to set up something (33 percent), and not getting around to it (29 percent).

In addition, 26 percent were not comfortable with technology and/or had a provider that does not offer a portal option. Internet usage is also not widespread among older adults, with Pew Research reporting in 2018 that 66 percent of people, age 65 and up, were doing so, compared to close to 100 percent of people between 18 and 34.

The survey was distributed to 800 insured with a Medicare Advantage plan in May 2019. Participants were age 65 and over and had a chronic condition.

The margin of error was three percent.