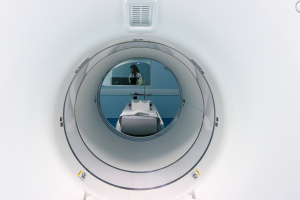 Conceived in the lab of Sanjiv ‘Sam’ Gambhir, professor and chair of radiology at Stanford, the tracer is capable of identifying early indications of pancreatic, cervical and lung cancer, as well as idiopathic pulmonary fibrosis (IPF), a particularly hard-to-detect lung disease that hardens lung tissue.

"We didn't intend for our tracer to have multiple functions," said Gambhir in a statement. "At that time we had no idea that levels of alpha-v beta-6 may also be elevated in lung diseases such as IPF.

Development was initially geared toward cancer treatment solely, with the tracer designed to attach itself to a specific protein on the surface of pancreatic cancer cells known as alpha-v beta-6.

Upon consulting with colleagues in the pharmaceutical industry, Gambhir learned that some drugs for IPF, a disease that can kill as soon as symptoms occur, were designed to target the same protein, making his imaging agent a potential diagnostic tool for identifying and monitoring the condition. He then set to work with his team setting up a clinical trial to test the tracer. It included a control group of healthy patients, and another group from Stanford and China in which patients had either cancer or IPF.

In addition to showing accuracy and the efficacy in the tracer’s ability to detect both diseases, the findings indicated other places within the body that naturally contain relatively high levels of alpha-v beta-6, such as some parts of the stomach. This, according to Gambhir, could be helpful in differentiating locations of cancer or IPF from healthy areas when interpreting PET scans.

"Making a new PET scan tracer is like making a new drug from scratch. You have to take that drug all the way from concept into the first time it's injected into a human — and it's subjected to near the same scrutiny as any new drug," said Gambhir, adding that “with approval from the Food and Drug Administration, we were able to show that a clear signal for both diseases [cancer and IPF] comes through on a PET scan — and it's safe.”

It is not yet known if higher detection of alpha-v beta-6 indicates early-stage IPF, but may indicate that the tracer can detect IPF earlier than traditional detection methods.

The findings were published in the journal, Nature Communications.