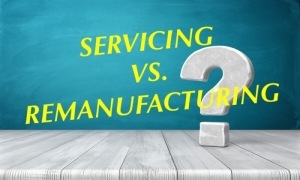 Senators Elizabeth Warren and Bill Cassidy are
calling on the FDA to be clear in how it
plans to distinguish remanufacturing from servicing
in its upcoming guidelines
Senators Elizabeth Warren (D-MA) and Bill Cassidy (R-LA) are expecting responses this week to a letter they recently sent the FDA concerning the agency’s upcoming guidance distinguishing servicing from remanufacturing activities for medical devices.

“We applaud the agency's commitment to clarifying the distinction between servicing and remanufacturing, particularly in light of significant discussion within the medical device industry about the difference between the two activities,” they wrote. "This assessment raises questions about how the FDA, once it issues its final guidance, will clarify, communicate, and enforce the distinction between servicing and remanufacturing to entities that believe themselves to be servicers, but who may in fact be remanufacturers, subject to more stringent regulation.”

The need for distinguishing these terms arose from the FDA's recent investigation into third-party servicing, which concluded in May 2018 and found insufficient evidence to warrant additional regulation of non-OEM servicers. The majority of alleged inadequate servicing incidents they discovered actually pertained to remanufacturing, a more complex activity that calls for compliance with numerous FDA requirements.

Since the report, the agency has issued a white paper for differentiating the two terms and held a number of workshops to discuss the matter with manufacturers, independent service organizations, biomeds and other stakeholders.

Warren and Cassidy posed a series of questions regarding the FDA's plans for differentiating the two activities:

1. In its May 2018 report, the FDA stated that "[a] majority of comments, complaints, and adverse event reports alleging that inadequate "servicing" caused or contributed to clinical adverse events and deaths actually pertain to "remanufacturing" and not "servicing."