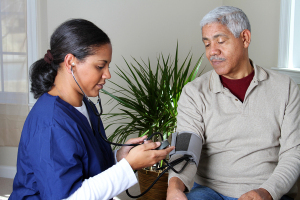 The team made the assertion in a new study following its review of claims made between 2012 and 2017 by 22 million individuals enrolled in private health insurance plans. Their investigation into the matter stemmed from increases in out-of-pocket payments such as deductibles, copayments and coinsurance surpassing wage growth in the U.S., with almost a fifth of large employers including narrow networks of medical providers in their plans as of 2018.

"Health care costs are putting pressure on many American families, and we believe that they shouldn't be held responsible for these bills if these higher-cost services are provided without their knowledge or consent," said lead author Wendy Yi Xu, a health economist and assistant professor of health services management and policy at Ohio State, in a statement. "Even when a hospital is in-network, care is often provided by out-of-network physicians."

Evaluating both emergency and non-emergency claims, the team found cost-sharing for out-of-network care rose rapidly between 2012 and 2016 before slowing in 2017. Claims analyzed for the study came from enrollees between 18 and 64 years old who were part of an employer-sponsored plan for at least one year from 2012 to 2017.

"These out-of-network costs are concerning because many insured Americans cannot afford to pay a higher percentage of their health care bills, and in some cases they may not even be aware that their providers are out of network," said Wu.

She and her colleagues recommend policy makers and other stakeholders consider the challenges that working Americans face daily and financially, when making decisions around the costs of healthcare. They also urge state and federal consumer protection efforts to do more to alleviate out-of-network care costs. Among their suggestions are the following:

• Patients should be told if providers and facilities are out of network, regardless of the urgency of their care.

• Disclosure requirements should further protect consumers by holding them harmless should providers fail to inform the patient of network status.

• States may need to reexamine criteria for network adequacy in an effort to ensure that patients can get the care they need without going out of network.

Aside from Wu, the study was also compiled by Ohio State researchers Macarius Donneyong, Yiting Li and Sheldon Retchin.

The findings were published online in the American Journal of Managed Care.

One in four rural US hospitals at risk of closure