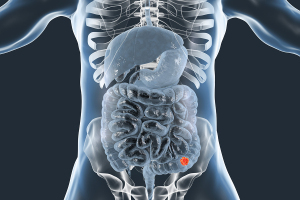 Testing for the disease rose among individuals between the ages of 45 and 49 following the May 2018 release of the updated guidelines, which lowered the age to begin average-risk screening from 50 to 45 years of age. The change in the recommended age stemmed from increasing incidence of early onset colorectal cancer and a favorable benefit-to-harm ratio.

Researchers examined recent CRC screening patterns among adults between 45 and 49, and compared them to those of adults, age 50-59, in the U.S. Their assessment was based on responses in the 2018 National Health Interview Survey (NHIS), an in-person household survey issued to 5,800 people between 45 and 59.

The researchers note that the 2018 ACS guidelines, and the combination of supporting scientific evidence and media attention may have brought greater awareness to patients and providers of asymptomatic and symptomatic testing for CRC. They point out that similar abrupt changes in screening following the release of updated guidelines have also been seen for prostate and breast cancer, as well as in the short term in CRC screening following media campaigns.

“It is unknown whether the recent accelerating CRC screening rates among people 45-49 years will be sustained,” said Dr. Stacey Fedewa, the senior principal scientist in the surveillance and health services research department at the ACS and the lead investigator in the study, in a statement. “Commercial health insurers are only required to cover average-risk screening beginning at age 50, following recommendations from the U.S. Preventive Services Task Force. Also, it’s possible those who quickly adopted updated guidelines may have been those at increased risk.”

The findings were published in the journal, CANCER.