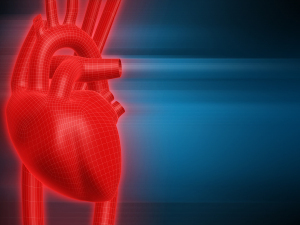 That’s the finding of Smidt Heart Institute at Cedars-Sinai in its PARTNER 2A study, a trial that recorded clinical outcomes of patients with aortic stenosis over a five year period following their procedures.

"The results of this study are encouraging because TAVR was comparable in terms of outcomes," said study lead author Dr. Raj Makkar, vice president of cardiovascular innovation and intervention at Cedars-Sinai, in a statement. "These findings allow patients to have more peace of mind and undergo a less invasive procedure. Unlike surgery, TAVR is now often done without or with minimal anesthesia and with next-day discharge from the hospital."

Aortic stenosis is the buildup of calcium on the aortic valve flaps, which leads to narrowing or hardening of the valve. The condition affects 12 percent of people over the age of 65 and is shared by nearly 1.5 million people in the U.S., according to the American Heart Association. Many face risk for death within three years of diagnosis.

TAVR (transcatheter aortic valve replacement) procedures, like surgery, can restore life expectancy to normal. It involves the insertion of a replacement valve into a catheter, and is guided by an interventional cardiologist through the artery to the heart, where a balloon is then expanded to press the valve into place. The minimally-invasive nature of the procedure has made it a more popular option, with more than 100,000 performed on U.S. patients in 2019, compared to 50,000 open-heart surgeries.

Investigators at 57 medical centers, including Cedars-Sinai, began following approximately 1,000 aortic stenosis patients in 2011 who received a TAVR operation and 1,000 open-heart surgery patients, and continued to do so for five years.

They concluded that no statistical differences for mortality or disabling stroke rates existed between both groups, and saw similar improvements in disease-specific quality-of-life measures for both after five years. The rate of aortic valve reintervention over five years was 3.2 percent for TAVR patients and 0.8 percent for surgery patients. Reintervention with TAVR, however, was associated with lower mortality than surgery.

Another curious finding was the fact that patients who received TAVR using a transfemoral approach (from the groin to the heart) and those who underwent open-heart surgery each had more favorable outcomes than those who underwent TAVR where an incision was made in the chest area.

"This landmark study clarifies the long-term pros and cons of surgical versus percutaneous interventions for the aortic valve," said Eduardo Marbán, executive director of the Smidt Heart Institute.

The study was funded by Edwards Lifesciences, which supplied research grants and travel support for proctoring to Makkar.

The findings were published in The New England Journal of Medicine.