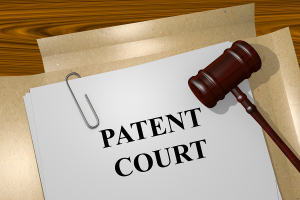 The decision ends a two-year legal battle between Bracco and radiopharmaceutical provider Jubilant DraxImage, in which Bracco alleged that Jubilant’s RUBY-FILL Rubidium Rb 82 Generator and RUBY Rubidium Elution System for myocardial imaging infringed on two of its patents. The U.S. Patent Office, however, ruled in Jubilant’s favor, as did the International Trade Commission in a related case.

"These favorable rulings by the U.S. Patent Office and International Trade Commission further confirm Jubilant's right to continue development and commercialization of RUBY-FILL in the U.S. marketplace and to continue focusing on our goal of bringing innovative products to the market for patients in need of the latest technology," said Pramod Yadav, CEO of Jubilant Pharma Limited, in a statement.

The RUBY-FILL Rubidium Rb 82 Generator consists of an accelerator that produces strontium-82, which decays to rubidium-82. Due to the half-life of Rb-82, the RUBY Rubidium Elution System is used alongside the RUBY-FILL Rubidium 82 Generator to elute saline to produce a sterile, non-pyrogenic solution of Rb-82 Chloride for use in PET Rubidium-82 myocardial imaging, a procedure which evaluates regional myocardial perfusion in adult patients with suspected or existing coronary artery disease. Both received FDA approval in 2016.

The dispute between Jubilant and Bracco began in 2018 when Bracco filed a lawsuit that claimed the solutions infringed on two of its patents. In response, Jubilant challenged the validity of the two patents in three inter partes review proceedings before the U.S. Patent Office.

Bracco also filed a complaint with the U.S. International Trade Commission in 2018 that accused Jubilant’s solution of infringing on three other patents, as well as of violating section 337 of the Tariff Act of 1930 by importing into the U.S. certain strontium-rubidium radioisotope infusion systems, including generators, by reason of infringement of certain patents. This too ended in Jubilant’s favor, with the ITC finding the three patents under Bracco to be invalid and declaring that Jubilant had not violated section 337 of the Tariff Act of 1930.

The ruling by the U.S. Patent Office is expected to cancel all challenged claims of the two Bracco patents.