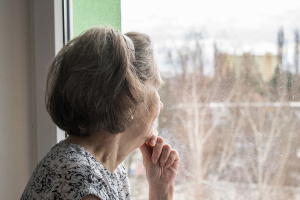 PET scans have shown that widowhood could boost Alzheimer's risks, according to a study by researchers from Brigham and Women's Hospital and Massachusetts General Hospital, published in the journal JAMA Network Open.

Being married tends to further social engagement and emotional support, both known cognitive-decline fighters, according to senior author Dr. Nancy Donovan, of the Division of Geriatric Psychiatry at the Brigham and Women's Hospital, adding that beyond the loss of the social and emotional connections, the “loss of a spouse is a highly stressful life event which can have deleterious effects on the brain.”

No difference was found in brain functioning of the married and unmarried, but widows had more cognitive decline regardless of other factors such as age, socioeconomics or mental status — “being widowed was associated with accelerated β-amyloid–related cognitive decline during 3 years,” the study found.

The research suggests that the physiological impact of widowhood warrants further investigation.

“Our findings also suggest that researchers engaged in Alzheimer's disease prevention trials may want to pay particular attention to widowed older adults to tailor interventions for this especially susceptible group of patients,” advised the researchers.

PET scans used for Alzheimer's diagnosis were in the news in late January, when Alzheimer's researchers and patient advocates gathered in Washington for a briefing in support passage of the Medicare Diagnostic Radiopharmaceutical Payment Equity Act of 2019, also known as H.R. 3772, which would expand patient access to amyloid PET imaging for diagnosing, researching and treating Alzheimer's.

The briefing was hosted by the Medical Imaging and Technology Alliance (MITA), along with the Council on Radionuclides and Radiopharmaceuticals Inc. (CORAR), and the Society of Nuclear Medicine and Molecular Imaging (SNMMI).

Geri Taylor, a healthcare executive with Alzheimer's, who advocates for increased participation in Alzheimer's clinical trials, spoke about participating in a clinical trial for the drug Biogen, after a confirmed diagnosis with an amyloid PET scan.
1(current)
2