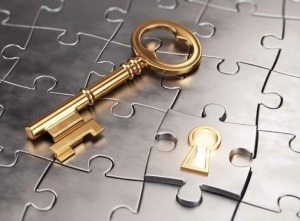 From the May 2020 issue of HealthCare Business News magazine

Radiotheranostics are molecules that can safely carry radioactive isotopes inside targeted human tissues and help physicians get accurate images of tumors, allowing them to more effectively and precisely eliminate cancer cells.

Back in 2011, the availability of radiotheranostics was limited to 131I-sodium iodide for thyroid cancer treatment, 131I-Tositumomab (Bexxar) and 90Y-Ibritumomab tiuxetan (Zevalin) for non-Hodgkin lymphoma therapy, next to several radioactive pain palliation treatments including samarium-153 or strontium-89 salts. However, the pipeline of radiolabeled drugs under clinical development began to gain momentum, based on two major technical progresses: on one hand a very interesting beta-emitter radionuclide for therapy became industrially available, namely Lutetium-177 while on the other hand, the concept of radiotheranostics became of more and more interest to scientists and physicians.

This concept of radiotheranostics, already implemented during the development and the application of Bexxar and Zevalin, was simply based on the successive use of a molecule allowing to select patients that are almost guaranteed to be positive responders to a therapy, followed by the treatment of the patient with the therapeutic form. In radiotheranostics, the technology allows using the same molecule targeting a specific tissue or biological mechanism (the vector), to which a gamma or positron emitter is attached respectively allowing SPECT or PET imaging, and upon positive biodistribution, using the same molecule in which the imaging radionuclide is replaced by a particle-emitting beta or alpha radionuclide with the aim to destroy these identified cell masses. In other words, radiotheranostics are pairs of molecules, to see the disease, to decide on the treatment, and to destroy these tumor masses.

The concept of radiotheranostics was expanded to combination of imaging followed by other non-radioactive therapies of any type, including, of course, chemotherapy, but also (guided) surgery or external radiotherapy. On this basis, theranostics will not only reduce considerably the patient population needed to complete the trials and, of course, the costs of drug development, but also reduce the healthcare expenses by limiting the application of expensive drugs to those who will really benefit from it.

By 2011, several radiotheranostics were under development, unfortunately with limited budget for late stage development. Only the company AAA with its NET treatment targeting molecule 177Lu-DOTATATE was at an advanced stage with sufficient funds. Big pharma started to be interested in these molecules only at that stage when it became obvious that the authorities will not accept molecules that are efficient only for a limited number of patients, but still prescribed to all of them, even non-responders, in absence of alternative solutions. Bayer was the first company investing heavily in a radiolabeled drug (223Ra-Xofigo, for the treatment of patients with castration-resistant prostate cancer, symptomatic bone metastases and no known visceral metastatic disease). Although it is not to be considered as a radiotheranostic, the blockbuster potential of the molecule triggered the interest of other companies. Novartis spent several billions to acquire two other molecules, 177Lu-DOTATATE which came on the market in 2018 under the name Lutathera and 177Lu-PSMA-617 for metastasized prostate cancer therapy that could reach the market by 2021. Both molecules are associated with their diagnostic/patient selection analogue labeled with Gallium-68 for PET imaging.

This success initiated the race for radiolabeled drugs, and nowadays more than half of the top 20 big pharma companies have acquired assets in this field or are performing research involving radiolabeled substances, including Roche, J&J, Astra Zeneca, GSK, Merck, Pfizer, etc. Moreover, some companies entirely dedicated to the development of radiotheranostics such as Telix Pharmaceuticals have been founded over the past three years. Nowadays, in this field more than 20 startups have been created in the world since 2018 with all the potential of an AAA. 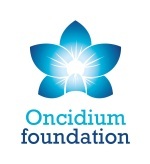 In terms of drugs (radiotherapeutics), all of them associated to their diagnostic equivalent, it appears that almost all indications are presently covered, and more than 28 molecules are under clinical development with a chance to reach the market before 2026. Most of them are based on 177Lu, usually associated to 18F, 68Ga or 89Zr for imaging. The present trend is to also use alpha-emitters such as Actinium-225 which easily replaces 177Lu in the same molecule for a higher efficacy or an alternative for non-responders to 177Lu. A successful new approach is to perform tandem therapy in which 225Ac- and 177Lu- labeled drugs are co-injected.

In the last decade, the technology has considerably improved with a high number of radiotheranostic pairs expected to reach the market. But there is still a lot to do to raise awareness among physicians, oncologists and the general public about this new therapeutic approach. 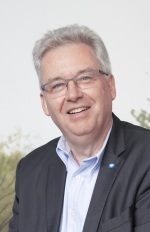 Richard Zimmerman
About the author: Richard Zimmermann is the president and founder of the Oncidium foundation and the co-founder of MEDraysintell. The Oncidium foundation focuses on promoting radiotheranostics for cancer therapy and providing support to advance availability of this innovative and lifesaving technology, worldwide. To learn more visit www.oncidiumfoundation.org