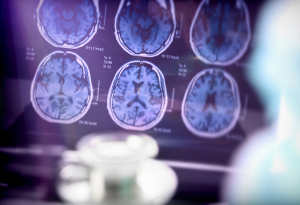 The intravenous injection is called Tauvid (flortaucipir F18) and can be used in PET scans to image tau pathology, a distinctive characteristic of Alzheimer’s disease. Its approval was granted to Avid Radiopharmaceuticals Inc., a wholly owned subsidiary of Eli Lilly and Company that developed AMYVID (Florbetapir F 18 Injection) for amyloid plaque imaging.

“While there are FDA approved imaging drugs for amyloid pathology, this is the first drug approved for imaging tau pathology, one of the two neuropathological hallmarks of Alzheimer's disease, and represents a major advance for patients with cognitive impairment being evaluated for the condition,” said Dr. Charles Ganley, director of Office of Specialty Medicine in the FDA’s Center for Drug Evaluation and Research, in a statement.

Tau is one of two proteins that are the hallmarks of Alzheimer’s disease — along with amyloid — and develops inside the neurons of the brain where it creates neurofibrillary tangles. Until now, brain autopsies were the only way to evaluate the anatomic distribution and density of tau NFTs.

Tauvid, upon being administered, binds to sites in the brain associated with tau protein misfolding, allowing PET scans to identify the presence of the tau pathology.

Its efficacy was tested in two studies, the first of which involved 156 terminally ill patients who agreed to undergo Tauvid imaging and participate in a postmortem brain donation program. Sixty-four of the patients who died within nine months of the Tauvid brain scan had their exams compared to their postmortem readings from independent pathologists to evaluate density and distribution of NFTs. Reader sensitivity (95% CI) ranged from 92% (80, 97) to 100% (91, 100) and specificity (95% CI) from 52% (34, 70) to 92% (75, 98) in the primary efficacy cohort, showing a high probability of correctly assessing tau pathology and and an average-to-high probability of correctly evaluating patients without tau pathology.

The second included the same patients from the first study, as well as 18 additional terminally ill ones, and 159 with cognitive impairment who were being evaluated for Alzheimer’s disease (the indicated patient population). Reader agreement was scored between 0 and 1. Perfect reader agreement was 0.87 for all 241 patients. A separate subgroup analysis that included 82 terminally ill patients diagnosed after death and 159 with cognitive impairment scored 0.82 in the terminally ill patients and 0.90 for patients in the indicated population.
1(current)
2