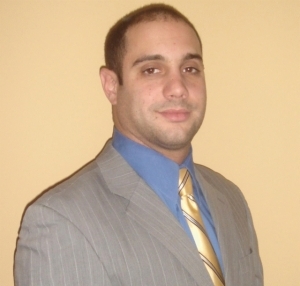 Opportunity knocked for Joseph Sciarra when CTI Molecular Imaging of Knoxville, TN was taken over by Siemens in October of 2005. CTI, in partnership with Siemens, virtually invented the PET scanner, a way to measure radioactivity distribution within the body to track various disorders such as stroke, Alzheimer's and epilepsy. Now Siemens owned the entire company outright.

"My partners and I felt there was no choice for customers looking for PET and PET/CT service providers. Where once they had CTI and Siemens, now they just had Siemens," he explains. Thus Marquis Medical was born.

Based in Denham Springs, Louisiana, Marquis Medical specializes in the maintenance, installation and servicing of Siemens PET and PET/CT scanners. A small company with a staff of four, Marquis rests its reputation on its extensive knowledge of the Siemens product. Indeed, when Washington University School of Medicine in St. Louis, MO, sought to replace its worn-out PET scanner, Marquis won the contract and the task of delicately installing a significant piece of equipment in a working, highly-complicated research hospital ICU. (See DM 4820)

"We partner with our clients," Sciarra says. "We have no as-is sales. We stick with our customers from equipment sale through transportation through installation and calibration. Plus, we give everyone a one-year guarantee. We are a total turn-key solution."

While only a year old, Marquis Medical now has a wide range of customers, from research facilities such as Washington University, to private practices and other clinical and nuclear imaging centers. The company services 10 Siemens PET and PET/CT accounts and projects 20 by the end of 2008, according to the recently DOTmed Certified Sciarra. They handle deinstallation, installation, parts inventory, and new, used, rebuilt, pre-owned, parts repair, along with ACR support and sales.

"We had advertised with other sites without impact," Sciarra recalls. "But DOTmed has brought us the most response. It's been very helpful to us and our business."

Currently, Marquis clients are just in the United States, but the company is looking to expand into Europe. "We now have a representative in Italy," Sciarra adds.

The one trend Sciarra sees in parts servicing is that there is no one mindset.

Other issues of concern are the Congressional Deficient Reduction Act which cut insurance re-imbursement. Money was lost.

"That's where Marquis really stepped up," Sciarra adds. "We were able to ship stand alone scanners to offset client costs. There are less direct competitors to us out there, and our company is growing."