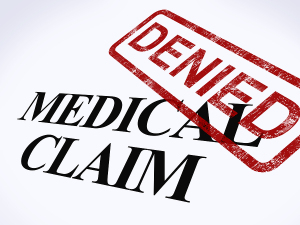 Open MRI and Imaging of RP Vestibular Diagnostics PA alleges that Cigna violated the insurance coverage provisions of the Families First Coronavirus Response Act (FFCRA) and the Coronavirus Aid Relief and Economic Security (CARES) Act by not reimbursing the New Jersey-based lab for diagnostic and treatment services it provided over the past five months, reported Law360. The case was filed in the U.S. District Court for the District of New Jersey.

"The grounds for rejecting plaintiff's claims were, upon information and belief, false and invalid," the complaint said. Open MRI submitted invoices to Cigna between February and July that totaled $398,665 for diagnostic and treatment services it provided to COVID-19 patients, among other specialties, according to the suit, which included redacted copies of the invoices.


It claims that Cigna responded with “unelaborated denials” that the services were billed or that they matched what was billed, or that the billing was duplicative. The refusal of coverage, according to Open MRI, violates Section 6001 of the FFCRA, which includes general requirements for group health plans and health insurers to provide COVID-19-related diagnostic and testing services during the pandemic. One such requirement is that it bars insurers from implementing cost-sharing terms such as copays, deductibles and coinsurance.

It says the actions of Cigna also go against Section 3202 of the CARES Act, which amends section 6001 to include a broader range of services without any cost-sharing or prior authorization, according to Law360.

Open MRI is represented by Peter Nicholas of Levine DeSantis LLC, and is seeking reimbursement, as well as attorney fees and costs. Cigna’s legal representation was not mentioned.