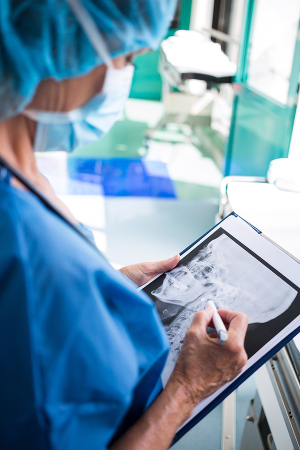 Three radiologists at University Medical Center Groningen found that clinicians do not read a large number of second-opinion radiology reports.

“A considerable proportion of second-opinion reports are not read by clinicians, which represents an appreciable but potentially reversible waste of healthcare resources,” the authors wrote in their study.

The trio conducted a retrospective study that included 4,696 second-opinion reports of external imaging exams authorized by subspecialty radiologists at a tertiary care institution between January and December 2018. Of this number, 537 were not read by a clinician, adding up to a frequency of 11.4%.

Applying a multivariate logistic regression analysis to their findings, the authors found a number of variables remained significantly and independently associated with the second-opinion report not being read. These included inpatient status; sonography as the imaging modality; surgery or neurology as the specialty of the requesting clinician; and interventional radiology as the subspecialty of the radiologist who authorizes the second-opinion reports.

“Although these numbers appear modest, they pertain to a single institution during a one-year time period,” the authors wrote, adding that cumulative nationwide figures would raise these totals “possibly substantially,” and that the number of unread second-opinion reports is likely to increase, “given the projected rise in future second-opinion requests.”

Opening a report in the electronic patient file system also did not necessarily mean that the clinician actually read it, indicating that the 11.4% rate of reports not read is likely an underestimation, according to the authors.

“If subspecialty radiologists and clinicians take proven determinants into account, the amount of second-opinion readings with limited additional clinical value may be reduced,” said the authors.