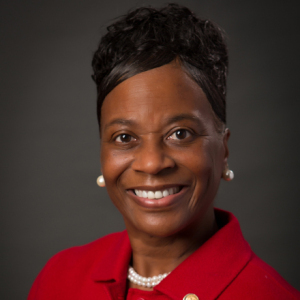 A member of the AAFP since 1995, Stewart has served in several leadership positions at the state and national level. She has served on numerous commissions and committees, including as a member of the AAFP Commission on Health of the Public and Science, and past chair of the commission's Tobacco Prevention and Control Advisory Committee. Previously active in the American Medical Association, Dr. Stewart served as AAFP resident delegate to the AMA Resident and Fellow Section and was chair of the AMA Minority Affairs Consortium Governing Council.

On the state level, Stewart served the South Carolina Academy of Family Physicians as president-elect, president, board chair and chair of their Commission on Public Health. On the local level, she most recently served as president of the Columbia Medical Society and continues to serve on their executive committee.

Born and reared in an underserved urban area of Cleveland, Ohio, Stewart has committed her career to ensuring uninsured and low-income families have access to high quality health care. She began her career as a National Health Service Corps scholar, caring for underserved patients in rural South Carolina. She continues to work with underserved communities in both rural and urban settings. From 2003 to 2012, Stewart served as chief medical officer and HIV specialist at the Richland Community Health Care Association in Eastover and Columbia, South Carolina. She was recognized in 2017 for her dedicated service in hepatitis C treatment and prevention by the South Carolina HIV/AIDS Council. She was recognized in April 2018 by the South Carolina Chapter of the National Coalition of 100 Black Women, with the Health Award in recognition of her contributions to the health of the community in Columbia. Stewart was recently named to the Presidential Advisory Council on HIV/AIDS.
1(current)
2