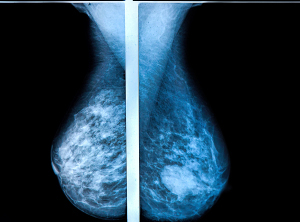 While DM is increasingly being used in combination with DBT in the U.S. rather than DM alone to conduct breast cancer screenings, early screenings that utilize synthetic mammography (SM) with DBT suggest it could be used as a non-radiation dose alternative to digital mammography, according to researchers at the University of Vermont and University of Pennsylvania.

“In synthetic imaging, the patient only receives the dose from the DBT portion of the exam,” authors Dr. Samantha Zuckerman, M.D., MBE, assistant professor of clinical radiology, division of breast imaging, and Dr. Emily Conant, M.D., professor of radiology and chief of the division of breast imaging at the University of Pennsylvania, told HCB News. “In combination DM/DBT imaging, the patient receives radiation dose from two examinations.”

Creating a synthetic image requires a patient to undergo DBT. But instead of taking a single X-ray in one direction, multiple low dose X-rays are taken in an arc across the breast and are added together to create the image. A computer algorithm enhances areas of density in the “summed images”, such as calcifications, distortion, or ligaments.

To test this idea, the teams conducted a retrospective study that included 51,148 DM/DBT exams (between January 2012 and May 2016) and 31,929 SM/DBT exams (between June 2016 and March 2018) from the University of Vermont. The University of Pennsylvania contributed 34,106 DM/DBT cases (between October 2011, and October 2014) and 34,180 SM/DBT exams (between January 2015, and February 2018). Recall rate, biopsy rate, false-negative rate, cancer detection rate, positive predictive value, sensitivity, and specificity were calculated according to modality and institution, and descriptive statistics, χ2 tests, and logistic regression were also used in the analysis.

Unadjusted recall rate was 7% with SM/DBT compared to 7.9% with DM/DBT. Multivariable adjustment, however, showed SM/DBT had a slightly higher recall rate as well as slightly lower specificity compared with DM/DBT.

“The main benefit of using synthetic mammography instead of digital mammography is an almost 50% decrease in radiation dose to the patient,” said Zuckerman and Conant. Hologic and Google Cloud to collaborate on digital diagnostic capabilities