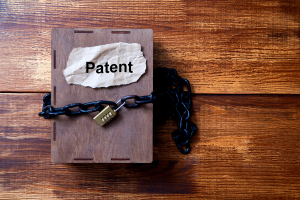 The medical device and AI company, which develops and sells ECG hardware and software for mobile phones, alleges that features of Apple's mobile device are similar to that of three patents owned by AliveCor for sensors used to monitor irregular heartbeats and help clinicians make diagnoses, reports the International Business Times.

"Apple's infringement has damaged and continues to damage AliveCor in an amount yet to be determined," said the complaint, which was filed this week in the U.S. District Court for Western District Texas.

AliveCor says in its suit that its patents are “novel [and] unconventional” because they focus on detecting both continuous and intermittent arrhythmias with wearable devices made with specific sensors. The patents in question are 9,572,499; 10,595,761; and 10,638,941. Two pertain to tracking and scoring arrhythmias, while the third covers monitoring to determine the presence of an arrhythmia based on whether the user’s heart rate is abnormal when compared with their activity level.

AliveCor alleges the similarities can be seen in various features of the Apple Watch’s ECG app such as photoplethysmography, electrocardiography, movement sensors and AI, and says that Apple continues to willfully infringe on the patents in its Apple Watch Series, especially in the Apple Watch Series 5. It is not the only suit Apple is facing, with a patient monitoring company called Masimo accusing the tech company in January of also stealing patented technology from it for the Apple Watch, as well as its employees and trade secrets, according to Bloomberg News.

The FDA recently granted approved to AliveCor for Kardia AI V2, a suite of algorithms that allow a personal ECG device to determine multiple cardiac conditions, including atrial fibrillation, in 30 seconds or less.

AliveCor is seeking monetary damages and for Apple to stop infringing on its patents.