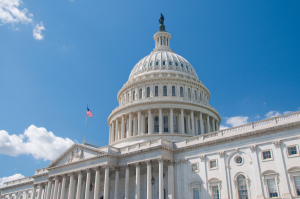 The spending bill signed by President Trump on Sunday will secure an extension of the moratorium on 2009 and 2016 United States Preventive Services Task Force (USPSTF) Breast Cancer Screening Guidelines from December 31, 2021 to December 31, 2022.

Without this added protection gained in the Consolidated Appropriations Act, 2021 (Omnibus and Coronavirus Relief Bill), under the Affordable Care Act (ACA), mammography coverage for women younger than 50 might have been impacted starting January 1, 2022. The newly passed bill ensures that women ages 40 and older who want annual screening mammograms will retain insurance coverage with no copay.

"We are grateful for the congressional champions who have worked tirelessly to extend the current moratorium on the ill-advised USPSTF recommendations. Loss of coverage for annual screening mammograms for women starting at age 40 would be devastating to the health of women," said Dr. Dana Smetherman, chair of the ACR Breast Imaging Commission, in a statement. "Loss of insurance coverage could have a particularly negative impact in underserved areas where screening is less frequent. We are glad that Congress acted to extend this coverage for women."

The new legislation continues to recognize 2002 USPSTF guidelines for coverage decisions, which call for screening every one to two years starting at age 40 — rather than delayed and less frequent screening allowed under 2009/2016 USPSTF recommendations.

"Without the extension, and the financial coverage it ensures, many women may not be able to afford breast cancer screening," said Dr. Jessica W.T. Leung, president of the SBI. "Undoubtedly, this would cause screening rates to drop, thousands more to die from the disease, and thousands more to endure more extensive and invasive treatment than if an annual mammogram had caught their cancer earlier."

Research published in the American Journal of Roentgenology in 2011 found that the 2009/2016 USPSTF guidelines could result in approximately 6,500 additional women in the U.S. dying from breast cancer each year. Many more would experience more extensive, costly treatments than if their cancers were identified earlier.

The spending bill, which President Trump had put in jeopardy with recent criticism, also includes a $3 billion boost to the Medicare Physician Fee Schedule to mitigate potentially devastating reimbursement losses for radiologists, and will delay the start of the radiation oncology advanced payment model.